About the European Bison

The European Bison, also called the Wisent, is Europe’s largest native mammal. Large bulls can reach over six feet in height and weigh 2,000lbs but the species is also extremely agile and capable of jumping a three-metre wide stream from a standing position. Females are smaller than males and both sexes have short horns. Its coat is dense and dark brown to golden in colour, while its short, thick neck is topped by a shoulder lump. 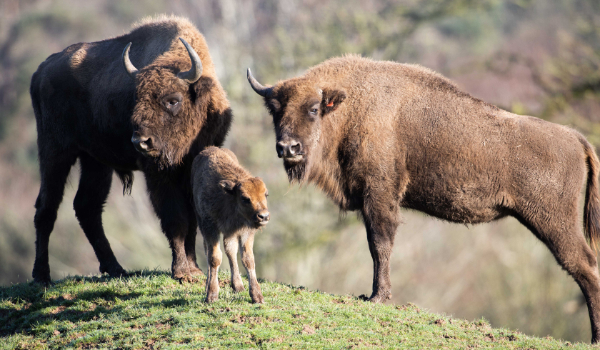 Having once roamed much of western and eastern Europe (from the British Isles to Siberia), advances in agriculture and extensive hunting saw numbers decline dramatically until the Bison existed only in two protected Polish forests by the early 1900s. 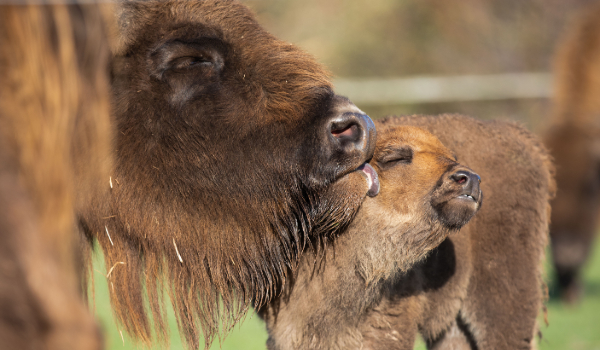 The species lives in mixed deciduous and coniferous forests in eastern Europe, eating mostly leaves, bark, acorns, lichens and mosses. Herds are either mixed, and led by a dominant male, or consist of smaller male-only groups.

The Bison mates in and around the month of September each year. Rutting season occurs between August and October when young bulls are prevented from mating by their older predecessors. The gestation period lasts for about nine months after which the female gives birth to a single calf. 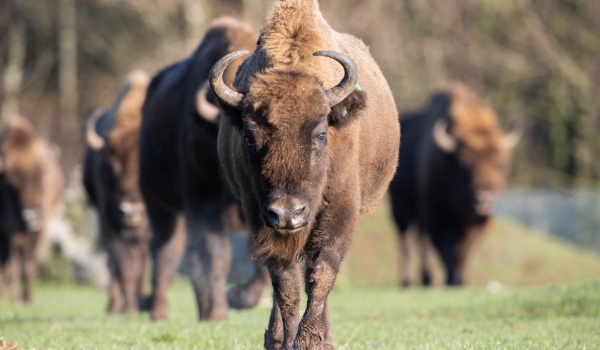 Once on the brink of extinction with no population in the wild, the European Bison is now considered Vulnerable on the ICUN’s Endangered List. The estimated 3,200 Bison in existence today are all descendants of 14 individuals, which creates its own health issues in terms of being prone to illness, but there are now free-ranging herds in Poland, Lithuania, Belarus, Ukraine and other areas in eastern Europe. 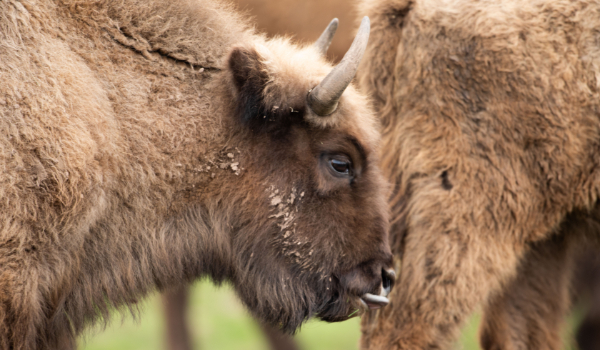 Bison are commonly called Buffalo when, in fact, they are two different animals. Buffalo are native to Africa and Asia, while Bison are found in North America and Europe.

The Park has been part of a European-wide breeding programme ever since Bison first arrived in Cork in 1999. A significant number of calves have been born in the years since and many have been sent overseas to aid in programmes being developed elsewhere. Three Fota calves have been returned to the wild within a National Park in Poland while several more have been sent to various organisations in the UK. Bison are grazers, and Fota supplements their diet with hay, oats and sugar beet. 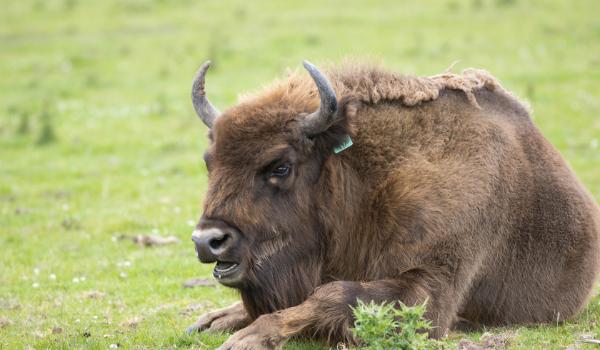