About the Lar Gibbon

If you’re looking to see a primate swinging from branch to branch, then you need to spend some time watching Fota’s Lar Gibbons. The gibbon ranges in colour from black, dark brown and a lighter sandy brown – regardless of sex – with a ring of white hair around its face and has curved fingers, elongated hands (white in appearance), long arms and short legs to help propel it through the forest. Like all apes, it has no tail; instead, it has a tough, bony padding on its buttocks. 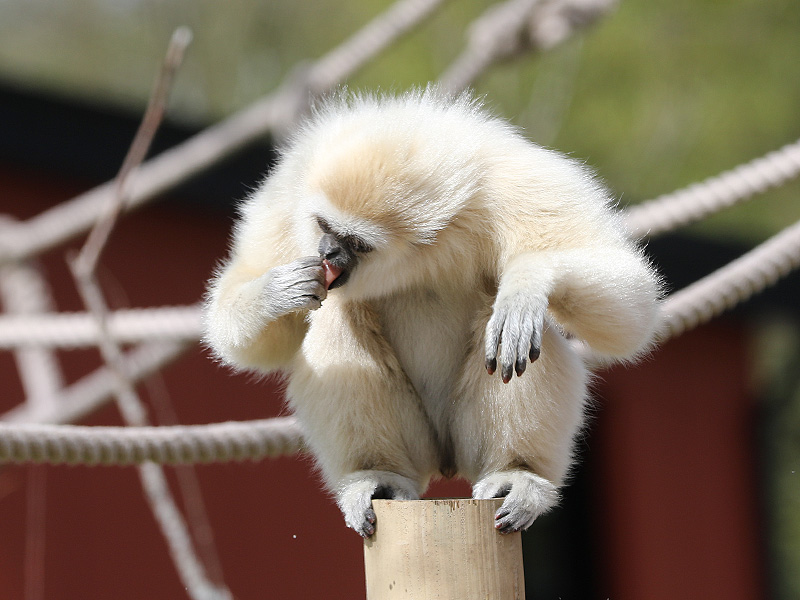 The Lar Gibbon is native to monsoons and evergreen rainforests on islands and mainland of Southeast Asia. It’s also arboreal, spending a vast amount of time high up in the forest canopy.

Lar Gibbons live in mating pairs – which is unusual among primates – along with young offspring. The species is considered to be frugivorous and has a diet of mainly fruit but also leaves, insects and flowers.

Pairs often sing in the early morning to emphasis their territorial claim, bond and ensure they have sufficient food supplies without the need for conflict with any other neighbour. The male calls out in quivering hoots, while the female tends to emit longer notes.

The species has been known to cover up to three metres in a single swing and can leap distances of up to nine metres. While on the ground or on large tree limbs, it walks upright with its arms held high as a balancing aid.

Hunting and habitat destruction are two key reasons why Lar Gibbons are listed as Endangered on the IUCN Red List. Only 10% of their original habitat now remains, mainly in protected reserves, and the biggest numbers in the wild are found in Thailand. 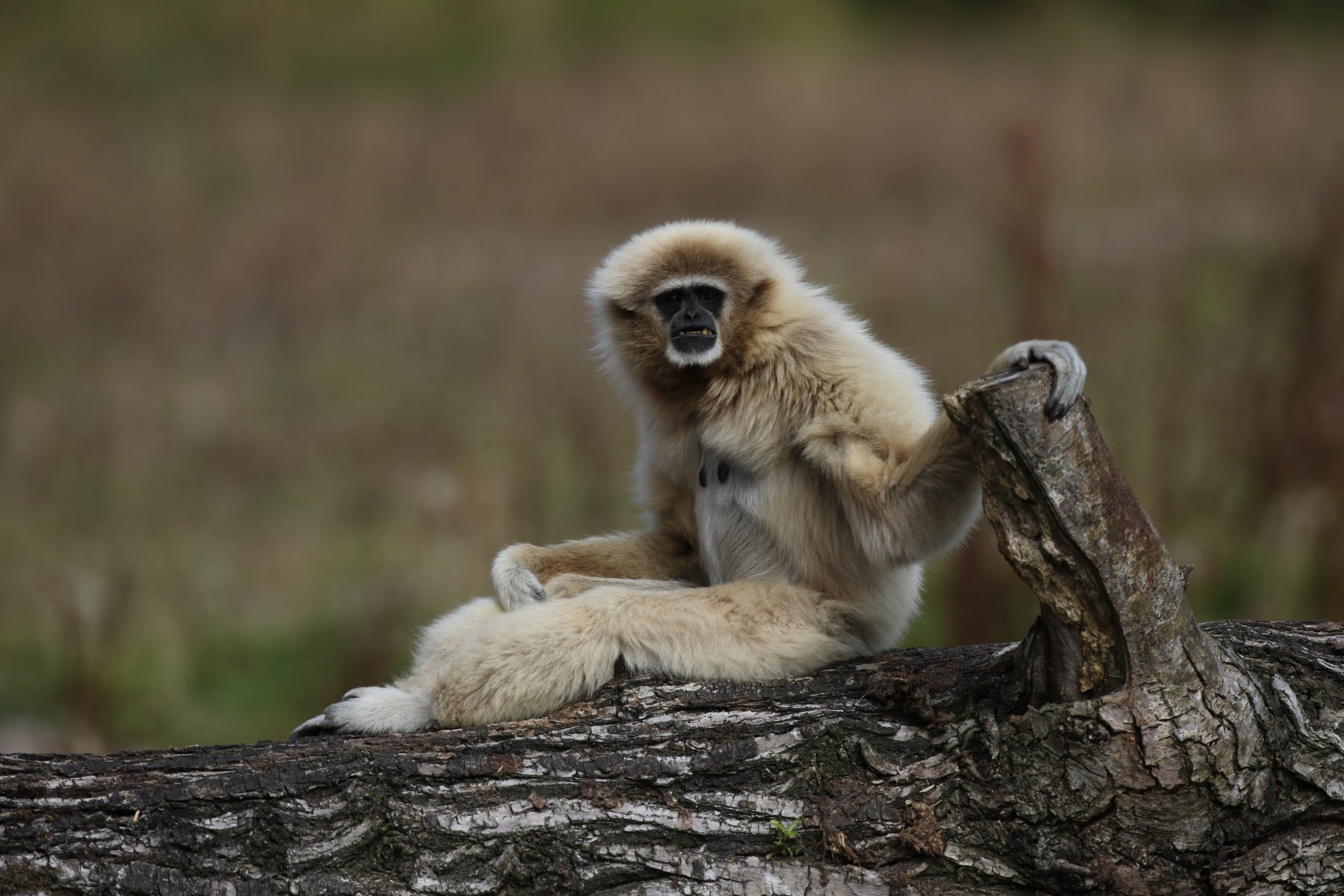 The Lar gibbon is one of three species of Gibbon in the Asian Sanctuary section of the park. Like all gibbon species they are very active animals and can often be seen swinging through ropes and branches in their island habitat or crossing back and forth to the indoor house just off the island.

One of the females, Namphon, was hand-reared and arrived in the arms of her keeper from Twycross Zoo in Warwickshire. She has since adjusted fully to life as a wild Gibbon as the wardens at Fota don’t make any contact with the animals unless they need to. 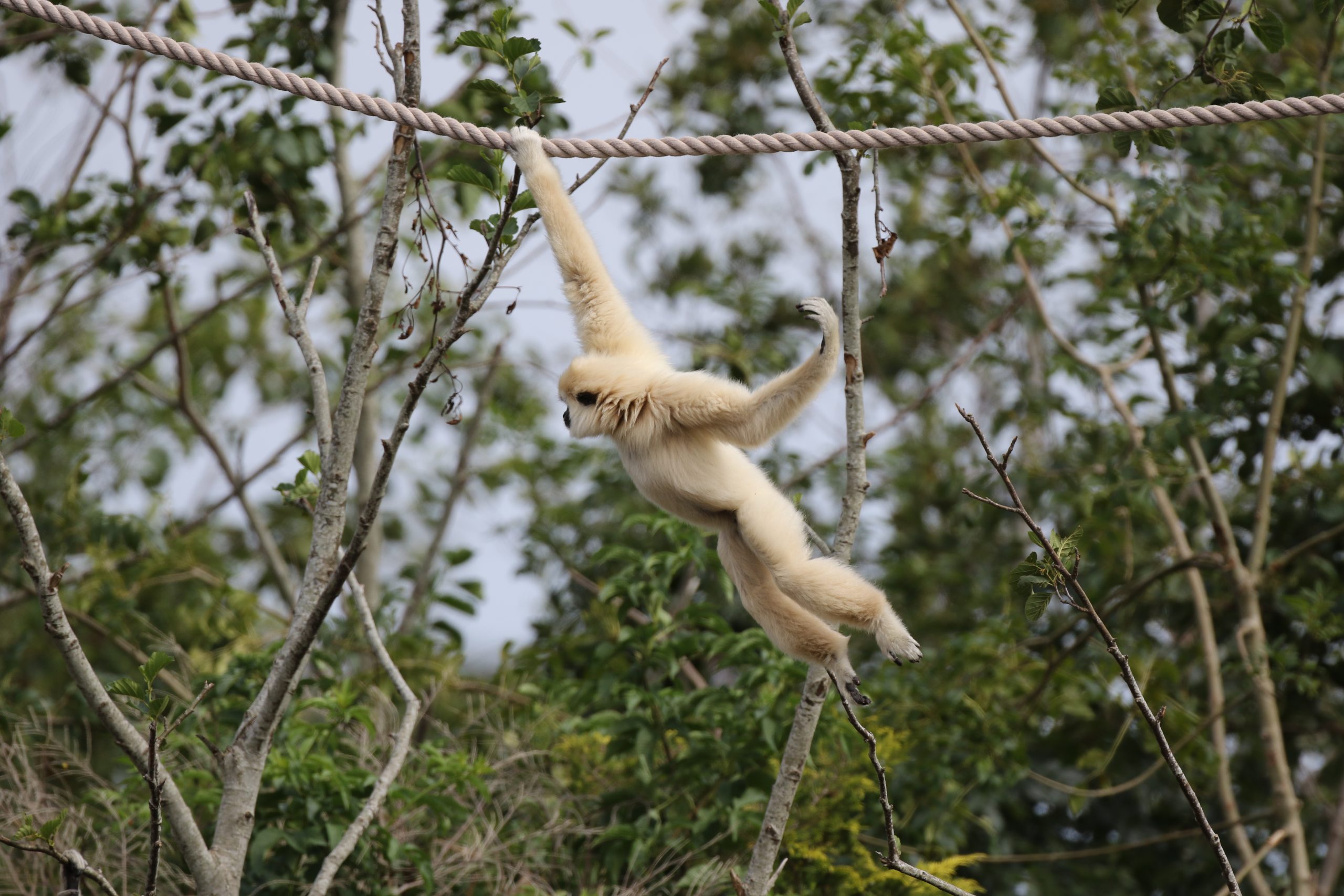 Lar gibbons have always been in Fota since the park opened in June 1983 and their loud calls or songs are part of the park’s atmosphere that can be heard up to 5kms outside the park.

The Lar gibbons at Fota are part of a European Ex-situ Program (EEP) to manage this endangered species in zoos and eight young have been born at Fota since 1994. 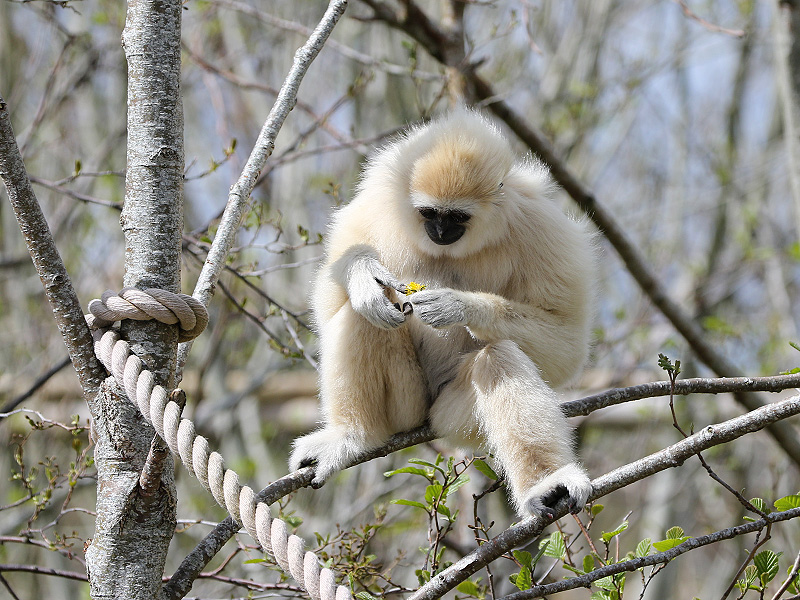