Power, grace, strength and speed – just some of the words that can be associated with the world’s largest living bird, the Ostrich. Capable of growing in excess of 2.75 metres tall and weighing 150kg, the bird’s towering neck, stocky body and long legs mark it apart from all other creatures on the open plains of its native habitat.

Males are black with white wing tips and tail plumes while females have light brown and grey plumage and are slightly smaller. The birds can live up to 75 years of age, only have two toes – unlike all other birds, which have three of four – and have a brain smaller than their eyeball, though their eyes are actually the largest of any land animal at two inches wide. 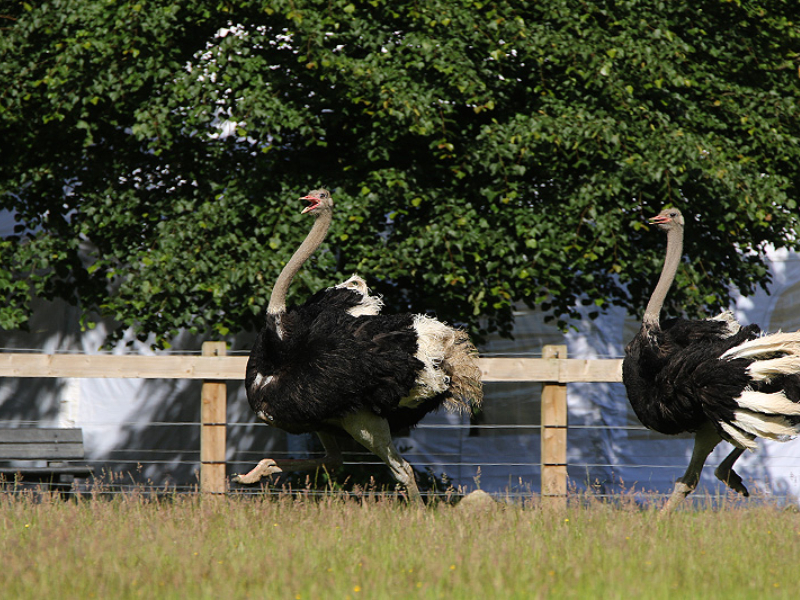 Ostriches were previously found north and south of the Sahara, in East Africa, south of the African rain forest belt and across much of Asia Minor. Today, however, it prefers the savannas and Sahel of Africa or the semi desert and true desert of southwest Africa.ss Asia and Europe.

Unable to fly, the species can reach speeds of up to 70kph on land and has the stamina to run for over 30 minutes at a time.

Ostriches are omnivores and eat mostly plants – especially roots, leaves and seed – but can also consume insects and small animals such as locusts and lizards. It doesn’t need to drink water as it hydrates through the plants it consumes, though the bird can drink if it comes upon a watering hole.

The male encourages several females to lay eggs in one nest, known as a scrape; however, the dominant female somehow recognises her own eggs and will throw those belonging to other females out. The incubation of the eggs, which are the largest in the animal kingdom, takes 42 days and is a role shared by both the male and female. The bird generally lives in groups of about ten individuals.

With over two million Ostriches in existence across the world, the species is listed as Least Concern by the IUCN red list. The bird is kept in captivity primarily for educational purposes because of its status as the largest living bird.

It has, however, been hunted to extinction in Syria and Arabia and was threatened in the wild during the 18th Century because of demand for their feathers.

The Ostrich doesn’t bury its heads in sand! The myth originates from the fact that males dig large, deep nests and while they are turning theit eggs with their beak, it can appear that their heads are buried in the sand from distance. 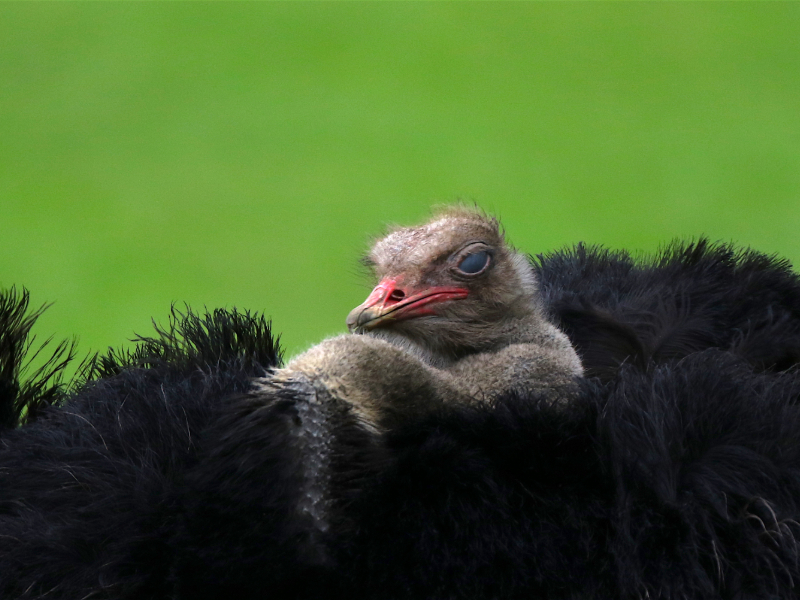 Another species with a long-established link to the Park, Ostriches are primarily kept in captivity for educational reasons. The bird has been bred successful in Cork over the years but the arrival of five new chicks in 2011 was a real boost for the animal’s numbers in Cork.

The birds mix well with the other species that roam the African Savannah and feed on special ostrich pellets. Ostrich eggs can often be on display in the Park’s incubation house during the Spring and Summer months. 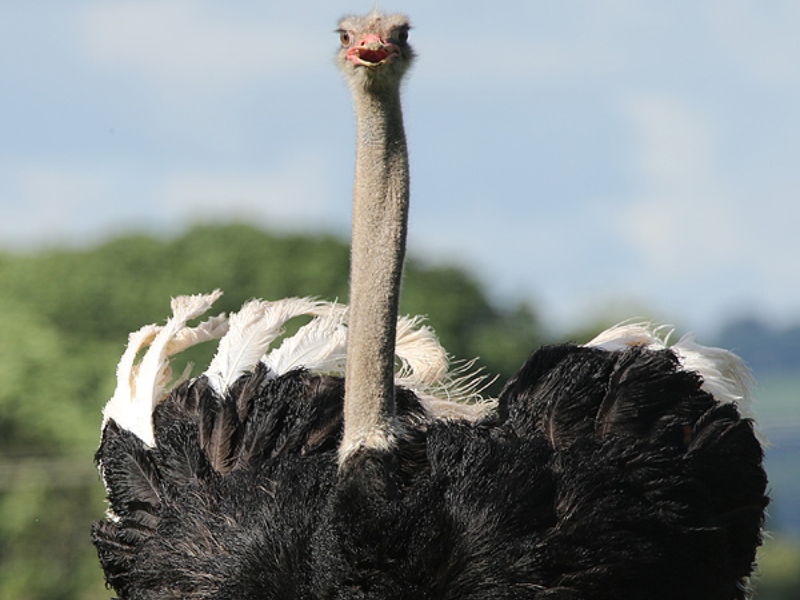