About the Red Squirrel

A red-haired member of the rodent family, the Red Squirrel is an arboreal creature with a distinctive bushy tail and long ear tufts. Males and females are the same size and can grow up to 23cm in height with a tail length of between 15 and 20cm. The species’ coat becomes a lighter colour in the warmer summer months. 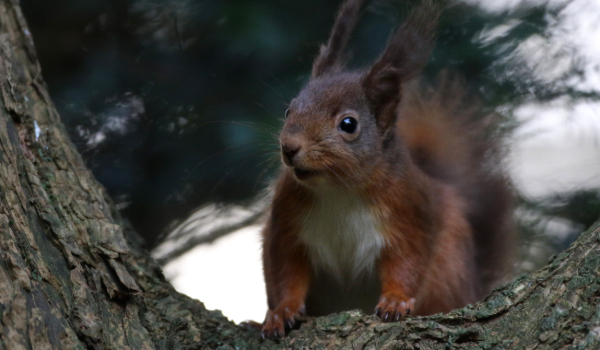 The Red Squirrel is native to Irish woodland areas and is found in pockets around the country as a result. The species is arboreal – spending most of its time high up in trees. 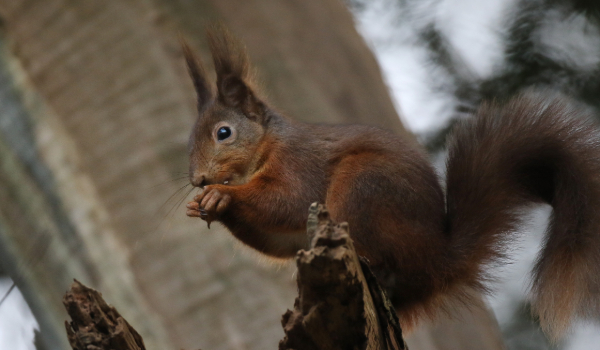 The Red Squirrel leaps from tree to tree and can scamper along branches at high speeds while it’s moving around. Their incisors – used for opening pine cones and seeds – never wear out, like other rodents’ teeth, and its eyes are located high on the side of its head so it can watch for airborne predators at all times.

The animal uses twigs, bark and leaves to build rounded nests called dreys and generally has between three and six young each year, usually in the summer. Young are weaned at nine weeks and stay with their mother until she has had her next litter. The Squirrel’s typical life span is between 3 and 6 years. 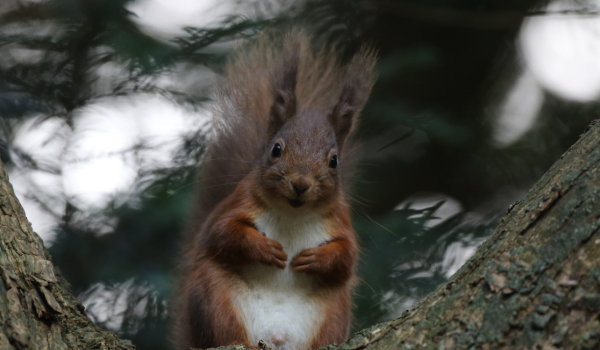 Contrary to what many people believe, the Squirrel does not hibernate in order to survive the cold winter months. It does, however, store food during Autumn months and while it’s generally a solitary creature, it can share a drey with several others to keep warm.

Grey Squirrels are not present on Fota Island, though they have been spotted as far south as Mitchelstown in recent times. As a result, the Park is anxious to maintain its own environment as a safe haven for the Red Squirrel, which is often seen scampering in and around the car park and within the woodland areas of the Park’s boundaries. 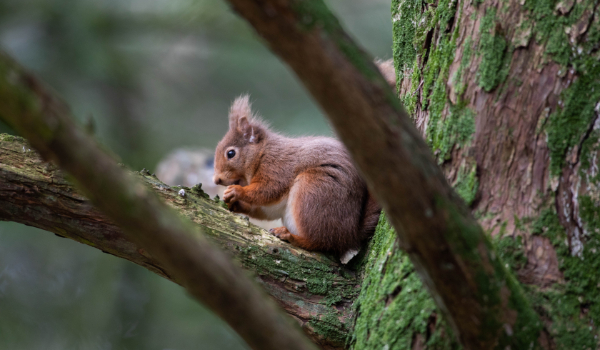 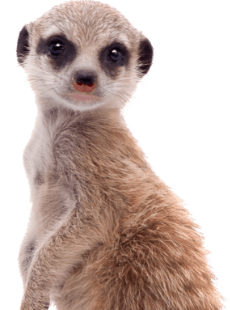