About the Scots Pine

An evergreen coniferous species, the Scots Pine is found across Europe and Asia from Scotland and Ireland in the west, to Portugal in the south, the Arctic Circle in the north and Siberia in the east. Most commonly used as an internal decoration at Christmas time, the tree is also known as the ‘Sweetest of the Woods’ and represents fertility.

In the wild, the Scots Pine can reach heights of up to 40 metres. It survives a relatively long time – between 150 to 300 years, though specimens of over 700 years in age have been recorded in Sweden and Norway – and provides a valuable food source for the Red Squirrel in Ireland. The Pine’s bark is thick and scale-like and its appearance is quite distinctive in that it usually has a long, bare truck with a mass of foliage gather towards the top.

The tree’s leaves look like needles and are dark green to dark yellow-green. Seed cones are red initially before turning a pale brown colour and can measure up to 7.5cm in length once fully developed. Seeds within these cones are black incolour and between 3-5 mm long with pale brown wings. Found throughout the Park at Fota. 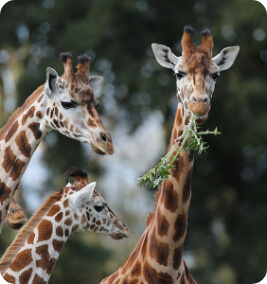