Fota Wildlife Park, working in partnership with the Aspinall foundation and three animal parks in the UK, has successfully translocated six European bison to the wild in Romania as part of a conservation effort to save Europe’s largest land mammal from extinction. 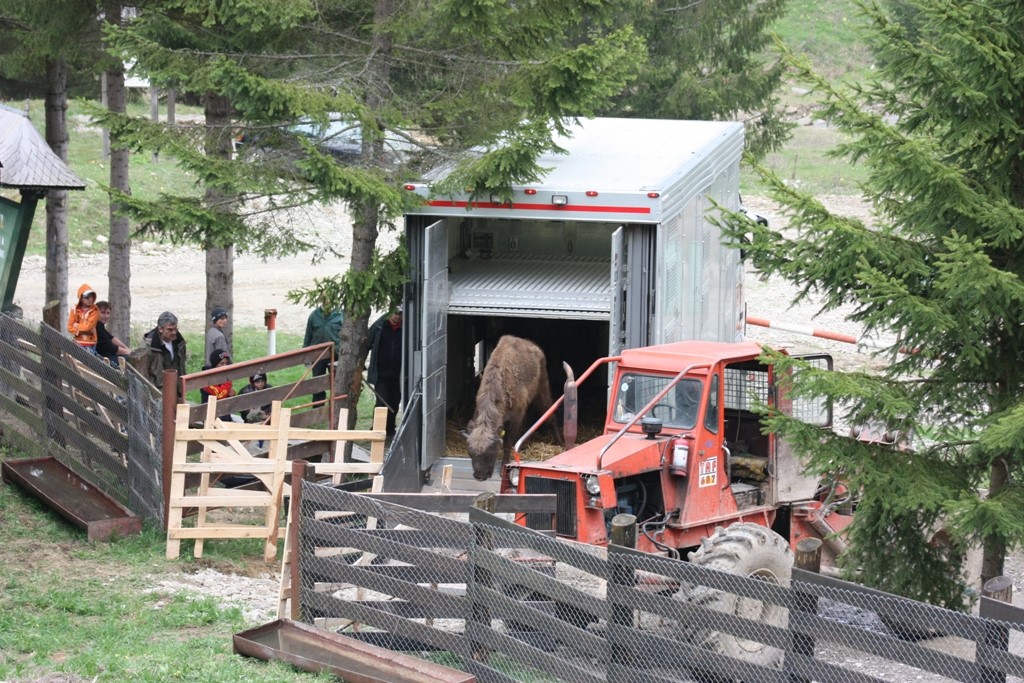 On 23rd April 2014 six female captive-bred bison, from Fota Wildlife Park (Cork), Highland Wildlife Park (Inverness-shire) and Port Lympne and Howletts Wild Animal Parks (Kent) were transported to the Vanatori Neamt Nature Park in Romania. There the bison will be monitored using radio-collars and will join an existing herd of European bison, who were introduced into the park from captive populations in Germany, Sweden and Switzerland.

The project aims to re-establish a viable and self-sustaining population of European bison, and will also be a vital step towards increasing biodiversity in the region. Sean McKeown, Park Director for Fota Wildlife Park said “we are delighted to be once again involved with a reintroduction programme for European Bison. It’s great to see two young bison we have reared form part of this important reintroduction programme for this species that was once extinct in the wild in Romania. In April 2008 Fota Wildlife Park sent its first European bison back to the wild to Białowieża National Park in Poland where their descendants are roaming through the Białowieża Forest.”