There were big smiles at Fota Wildlife Park in Cork yesterday when Clodagh a 2 month old Giraffe calf joined the rest of the herd for the first time in the African savannah having recovered from a broken leg sustained during birth.

Clodagh was born on the 22nd of June to first time mum Aoife and dad Walder. The calf the third Rothschild giraffe to be born this year in the East Cork attraction sustained a broken leg during birth and had a cast put on for 6 weeks.

The team at Fota Wildlife Park were helped by long term park vets Gillabey Veterinary clinic in getting Clodagh back to full health as a broken leg can be life threatening for a giraffe. Lead Warden at Fota Wildlife Park Aidan Rafferty was delighted to see her running in the savannah saying “she has made a fantastic recovery having only been taken out of the cast over two weeks ago and it is great to see her so active today with the other giraffes.”

The calf will now be able enjoy the open space of the savannah for the first time alongside two other calves Fada and Eadaoin who were born at the beginning of the year. This is the first calf by mother Aoife who turned 4 in March and has impressed Aidan who added that “mum Aoife has been doing a great job looking after her since day one”. 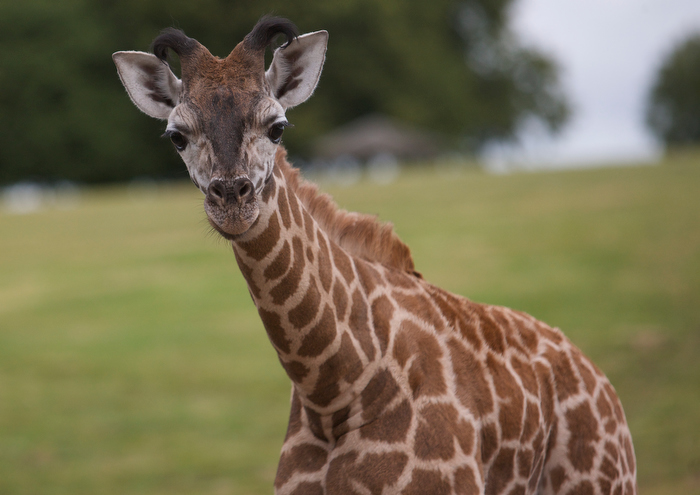 The birth of Clodagh brings the Giraffe herd at Fota Wildlife Park up to 12 all of which are Rothschild, one of nine sub species of giraffe found in Africa. However some scientists regard Rothschild’s along with the Baringo and Ugandan Giraffe as actually a separate species from other giraffe not a giraffe subspecies. The Rothschild giraffe is taller than any other sub species thus making it the tallest land animal in the world with a male reaching a height of 5.9m. 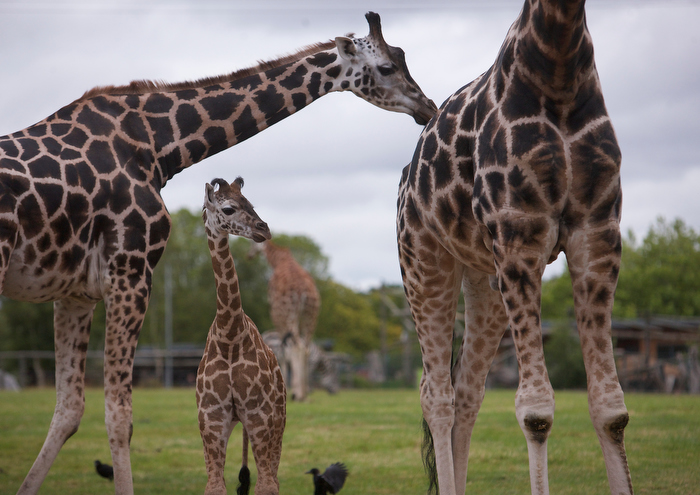 The giraffes at Fota can be seen towering over the other animals in the African Savannah as they feed on willow and sallie branches throughout the day. The herd has been part of a very successful breeding programme which has seen giraffes sent all over the world, including Australia, and several giraffes born at the popular Cork attraction can now be seen at Dublin Zoo, Belfast Zoo and Blackpool Zoo in the UK.