Following a campaign which received huge public attention, Fota Wildlife Park in Co Cork have named their two male Cheetah cubs as Gambella and Manovo after two national parks in Africa where cheetah can be found. 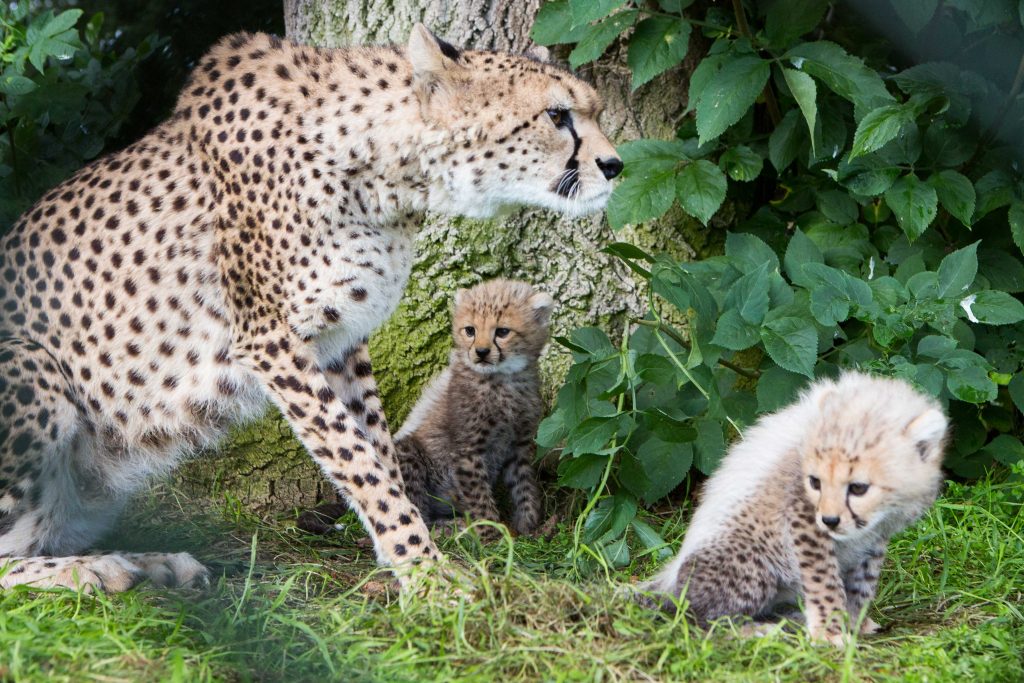 The Cubs were born at the end of July become the 180th & 181st cheetahs to have been bred in the East Cork attraction since it first began rearing cheetahs in 1984. Mum Nimpy who originally came from France has also made her own bit of history as they are the first set of Northern Cheetah cubs born at Fota Wildlife Park with the only other cub being ROG who was hand reared in 2013.

Speaking at Fota earlier today, Head of Marketing at Fota Wildlife Park, Stephen Ryan said, “we had hundreds of suggestions including Usain & Bolt, Zig & Zag and Paul & Donnacha but in the end we decided to name them after places that are important to the survival of the species in the wild.” Gambella and Manovo are getting more active as the weeks go on and are being seen by the public with mum Nimpy.

The names for the cubs Gambella and Manovo were picked by Aaron Lowe from Blessington in Co Wicklow. Both names are significant for cheetahs as they can be found in the wild in Gambella National Park in Ethiopia and Manova-Gounda St Floris National Park in Central African Republic.