Fota Wildlife Park today announced the arrival of a new seven-year-old female Indian Rhino, Maya, who arrived at the Park on the 23rd January from the French Zoo, Botanical Garden Branféré near Nantes. Maya was originally born in Rotterdam Zoo; she weighs almost two tonnes and she currently is the only female Indian Rhino residing in an Irish zoological organisation. The Indian Rhino is also known as the greater one-horned rhino and is listed as vulnerable by the International Union for Conservation of Nature (IUCN). Fota has been granted approval from the European Association of Zoos and Aquaria (EAZA) to participate in the breeding programme for this species for Maya and the current resident seven-year-old male Rhino – Jamil.

Lead Ranger Aidan Rafferty said “Maya is only here a few weeks but is already settling in incredibly well. The captive breeding of Indian Rhino – like all the species in Zoos and Aquaria that are members of EAZA – involves careful selection and control of the genetics by a studbook manager – in practical terms we hope that this pair will get on very well together. So far the signs are good – while they have not been introduced to each other directly -they can see and smell each other across their neighbouring paddocks and they both seem to have a very healthy interest in each other.” He continued “Looking after and introducing a potential breeding pair – such as these Indian Rhino – is a very specialised process. They both will be allowed to get to know each other from a very safe distance and depending on how well that is going we then plan to move the pair closer together and we hope they will produce a baby rhino in the next few years as the eventual outcome 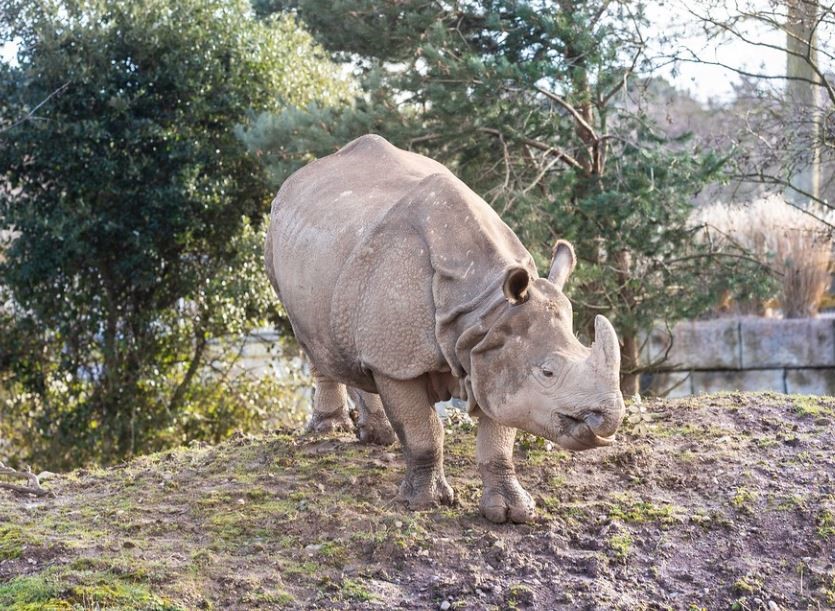 Both Maya and Jamil currently weight approximately 1800 kg, but a fully-grown adult can weigh up to 2200kg- which is over two tonnes of weight. Rhinoceroses are the largest land mammals after the elephant and are made up of five species, two African and three Asian. In terms of conservation, the situation has improved for the Indian Rhino which, like the other species was under threat from poaching, in particular for their horn, and habitat loss. The wild population has gradually grown in the last 100 years across the Indian subcontinent from 1,800 in the early 1990s to over 3,330 in 2019.

Open daily from 10am, Fota Wildlife Park is offering two entries for the price of one on adult tickets for Valentine’s Day only – Friday 14th February 2020.
Fota Wildlife Park, a not for profit organisation, is part of the Zoological Society of Ireland and is located on 100 acres at Fota Island 10km east of Cork City. Fota has an annual attendance of over 460,000 visitors which makes it one of Ireland’s top visitor attractions.

Tune into Virgin Media One Television to see a new hourly documentary series called Fota: Into the Wild – Sundays at 8pm. See here for more.