The latest arrivals at Fota Wildlife Park in Co Cork, two male Cheetah cubs were officially introduced to the public today and now people have been asked to give them a name. 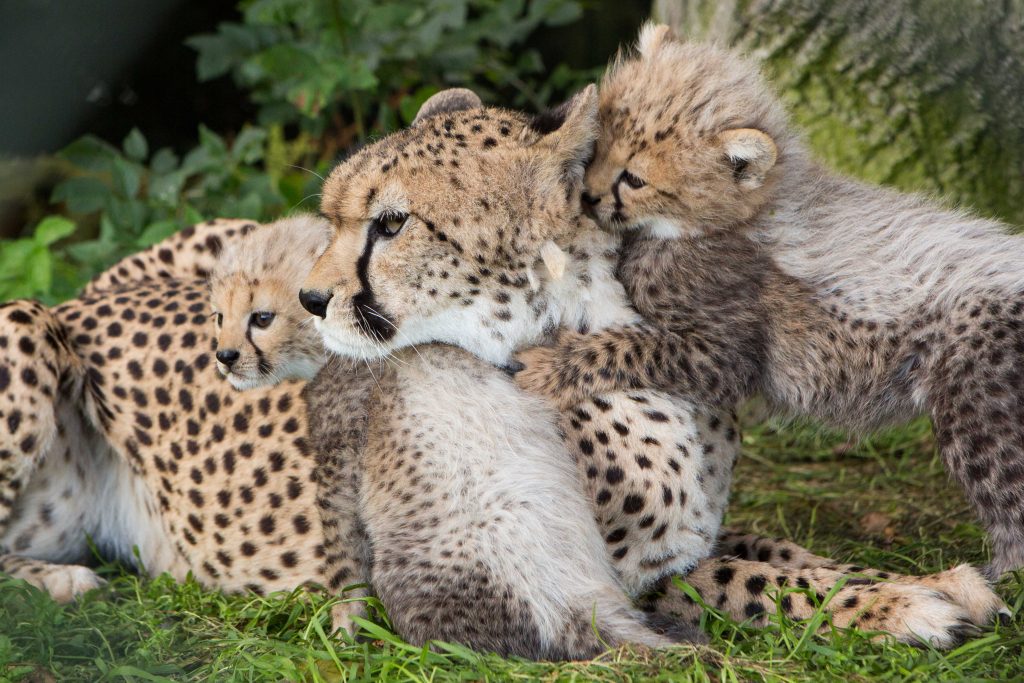 The Cubs were born at the end of July become the 180th & 181st cheetahs to have been bred in the East Cork attraction since it first began rearing cheetahs in 1984. Mum Nimpy who originally came from France has also made her own bit of history as they are the first set of Northern Cheetah cubs born at Fota Wildlife Park with the only other cub being ROG who was hand reared in 2013.

The month old cheetahs have made great progress with mum Nimpy under the watchful eye of lead warden Kelly Lambe and her team who look after the carnivore section at the park. “We have been watching these cubs as close as we can without interfering over the last few weeks and they have fed from mum all the time without any issues which is fantastic” said Ms Lambe. 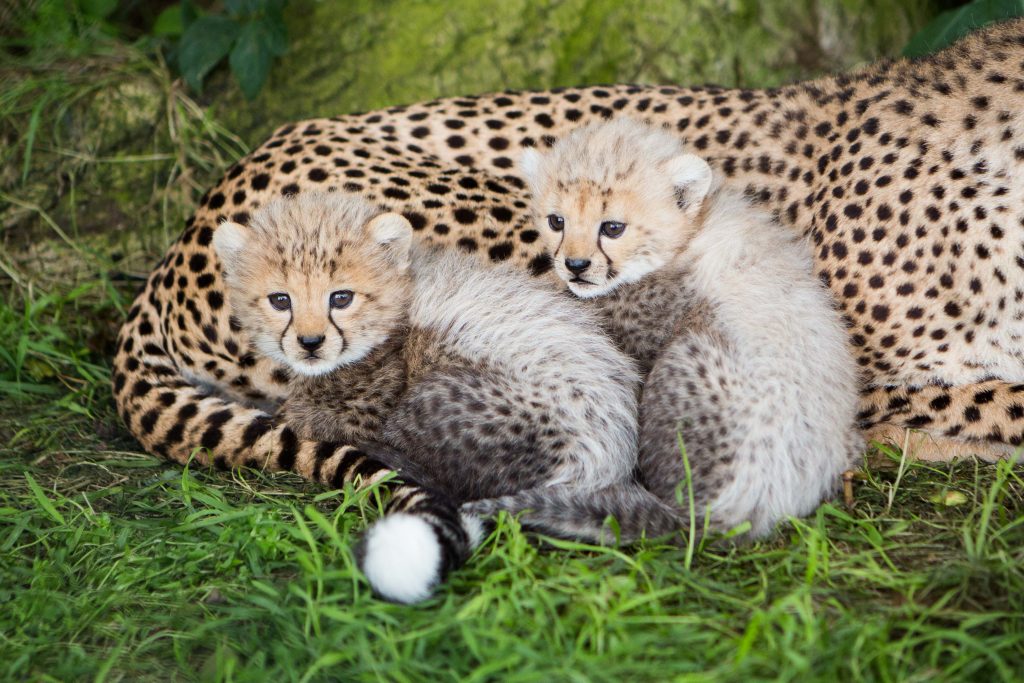 Speaking at Fota earlier today, Director of Fota Wildlife Park, Sean McKeown said, “All of the staff at the park are delighted with the birth of our two cheetah cubs and the exceptional progress they have made in the last month.” The cheetah cubs can now be seen with mum Nimpy by visitors to Fota Wildlife Park at their pen close to the Giraffe house at the 100 acre park. 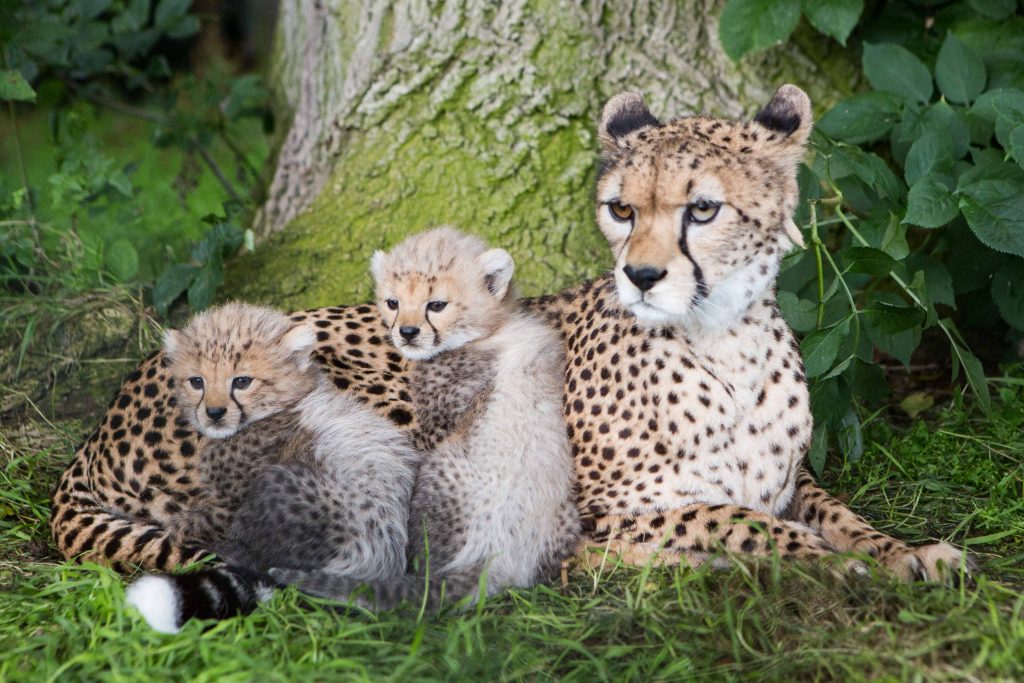 Cheetahs bred in Fota Wildlife Park have been sent to many breeding centres around the world over the last 29 years as part of the endangered species programme. This involvement in such programmes helps ensure that the worlds fastest animal does not become extinct with an estimated 250 Northern Cheetahs existing in the wild, thus the birth of these cubs is very significant for their population.

Fota Wildlife Park is now asking the public to suggest a name for the cubs via their website. The person who chooses the name the park like the most will get to see the cheetahs and other animals up close on one of the park’s Wild Experiences which takes individuals and families behind the scenes at Cork’s most visited attraction.

To suggest a name for the cubs visit www.fotawildlife.ie/cheetahcubs and fill in the form with your suggestion.  (Now closed)