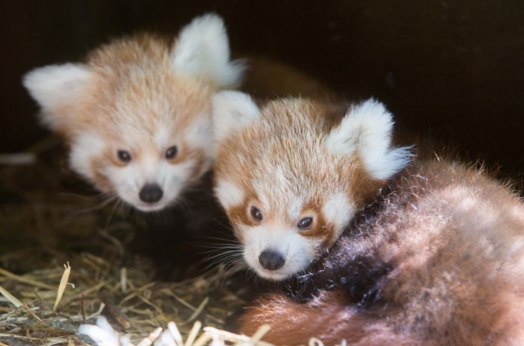 Since we unveiled the birth of our male Red Panda twin cubs a couple of months ago and called on the public to suggest names, we’ve received hundreds of entries. Today we are delighted to announce that the names Koda and Lionel have been chosen by our Rangers to celebrate that Irish rock band, Kodaline recently filmed their new music video ‘Ready to Change’ at Fota Wildlife Park, and the video location fees have been donated to the Red Panda Forest Guardian Project in Nepal.*

The ‘Ready to Change’ storyline revolves around two characters, Roland and Penny, who bond over their mutual care of animals – especially Pandas. Although Fota Wildlife Park is not home to Panda bears, it does home a family of endangered Red Pandas who recently welcomed the male twin cubs – now called Koda and Lionel, who were born on 27th June.

The Red Panda is officially classified by the International Union for Conservation of Nature (IUCN) as endangered. The fees generated from filming at Fota Wildlife Park have been donated to Red Panda conservation, the European Endangered Species Programme (EEP) Forest Guardian Project which employs forest guardians to protect Red Pandas in Chintapu Community Forest at Maimajhuwa VDC in Nepal.

The Forest Guardians are key to the future of the Red Panda: they work within their respective communities to create a Community Forest Network, they monitor and protect Red Panda habitats as well as educating their communities.

Koda and Lionel live in their habitat with mother Bonnie, father Pete and older brother Meko and Fota Wildlife Park is open daily from 10 am – you can watch Kodaline’s ‘Ready to Change’ here  (where you may even spot some staff members who were cast as extras in the video!).

* Congratulations to Sarajane Cheasty and Barry Coughlan who suggested the winning names and who each win a yearlong Conservation Membership to Fota Wildlife Park.