About the Eastern Grey Kangaroo

Identifiable by its light grey or brownish-grey coat, the male Eastern Grey Kangaroo can measure up three metres from its nose to the tip of its tail. Unlike the Red Kangaroo, it has no distinctive black or white marking on its face and also appears to have larger and more open eyes. Females are much smaller and usually reach a weight of less than half (32kg) of their male counterpart (66kg). 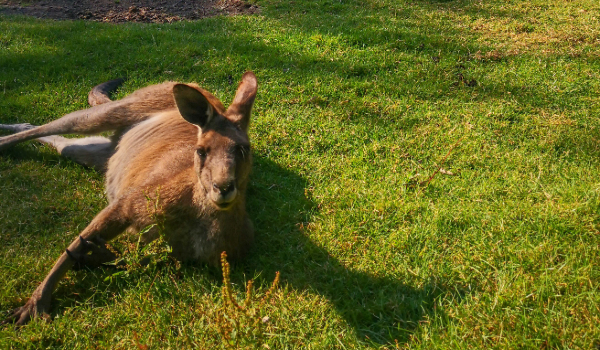 The species hails from grasslands, open woodlands and forested coastal areas in eastern and south-eastern Australia as well as Tasmania. 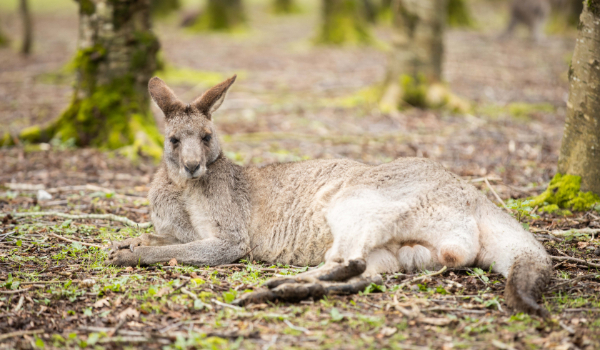 The Eastern Grey Kangaroo is a herbivore and predominantly grazes on shrubs and grass. The species tends to mostly feed at night and early in the morning, lying under the shade of trees or in scrapes, which they dig out to sleep in, during the day.

Breeding occurs throughout the year, but more births tend to occur in the warmer, summer months. Males can fight over a female by using their tail as a prop and ‘boxing’ their opponent with their feet.

A baby Kangaroo is called a Joey and is born after a pregnancy that lasts just 36 days. Weighing less than a gram, the baby Joey will stay in its mother’s pouch for between eight and ten months when it then begins to explore its immediate surroundings by leaving the pouch for short periods. The Kangaroo will leave the pouch for good after about ten months, weighing about 5kg. 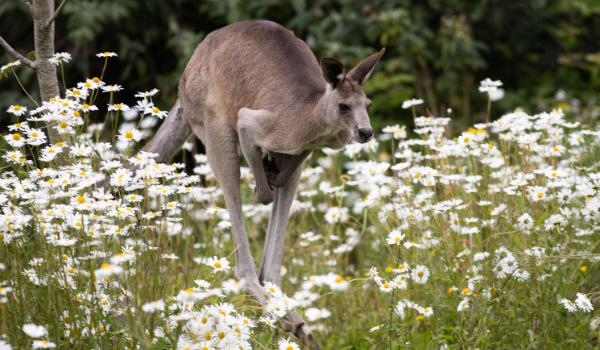 Listed as Least Concern, the Eastern Grey Kangaroo remains common and widespread in Australia with numbers in the wild estimated to be in excess of 11 million in 2010. In some areas, the species was so plentiful that individual population culls were carried out in an effort to limit overgrazing. 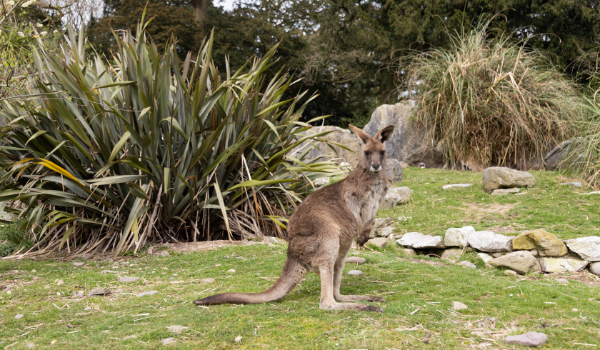 An extinct species of Kangaroo – the Giant Short-faced Kangaroo – grew to over three metres in height. However, it vanished along with many of Australia’s other megafauna following the arrival of mankind about 40,000 years ago.

Like the Wallabies, Fota’s Kangaroos are free ranging and move around the Park at will. However, despite some similarities, the two species do not interact with each other and tend to remain apart within Fota’s boundaries. There are a number of areas that both have access to and which are away from the eyes of curious visitors, but the Park also hires Animal Patrollers to keep visitors at a respectful distance during busy periods.