About the Great White Pelican

One of the largest flying birds in world, the Great White Pelican is a striking-looking animal. Generally weighing about 10kg and with a wingspan of nearly three metres, they are graceful and fast in the air or water but awkward on land. Males are larger than females and both sexes have long, distinctive beaks that are hooked at the end. Generally pure white, the bird has a pink facial patch around its eyes and pinkish, short legs. 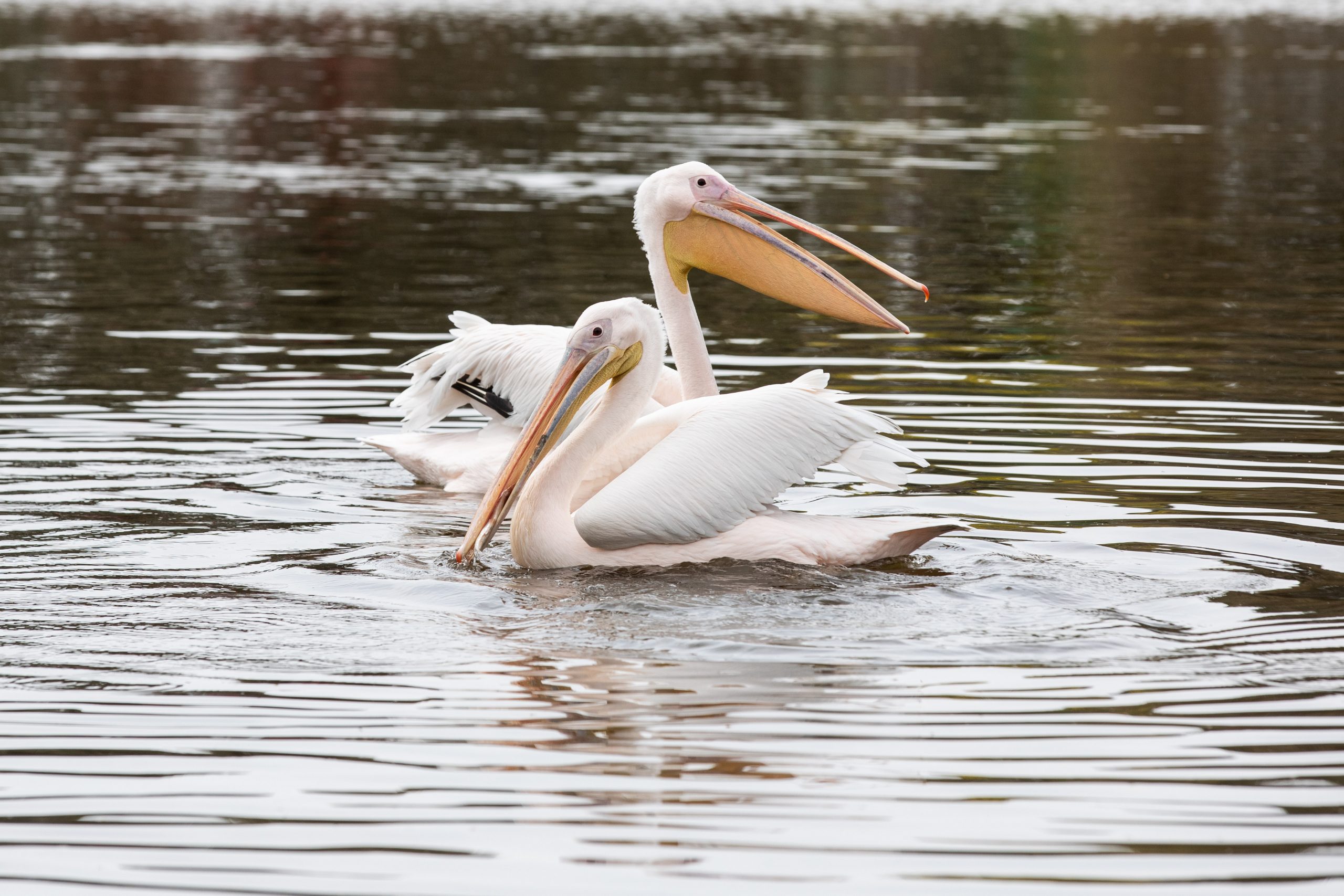 The Pelican is found in swamps and shallow lakes around southeastern Europe, Asia and Africa. 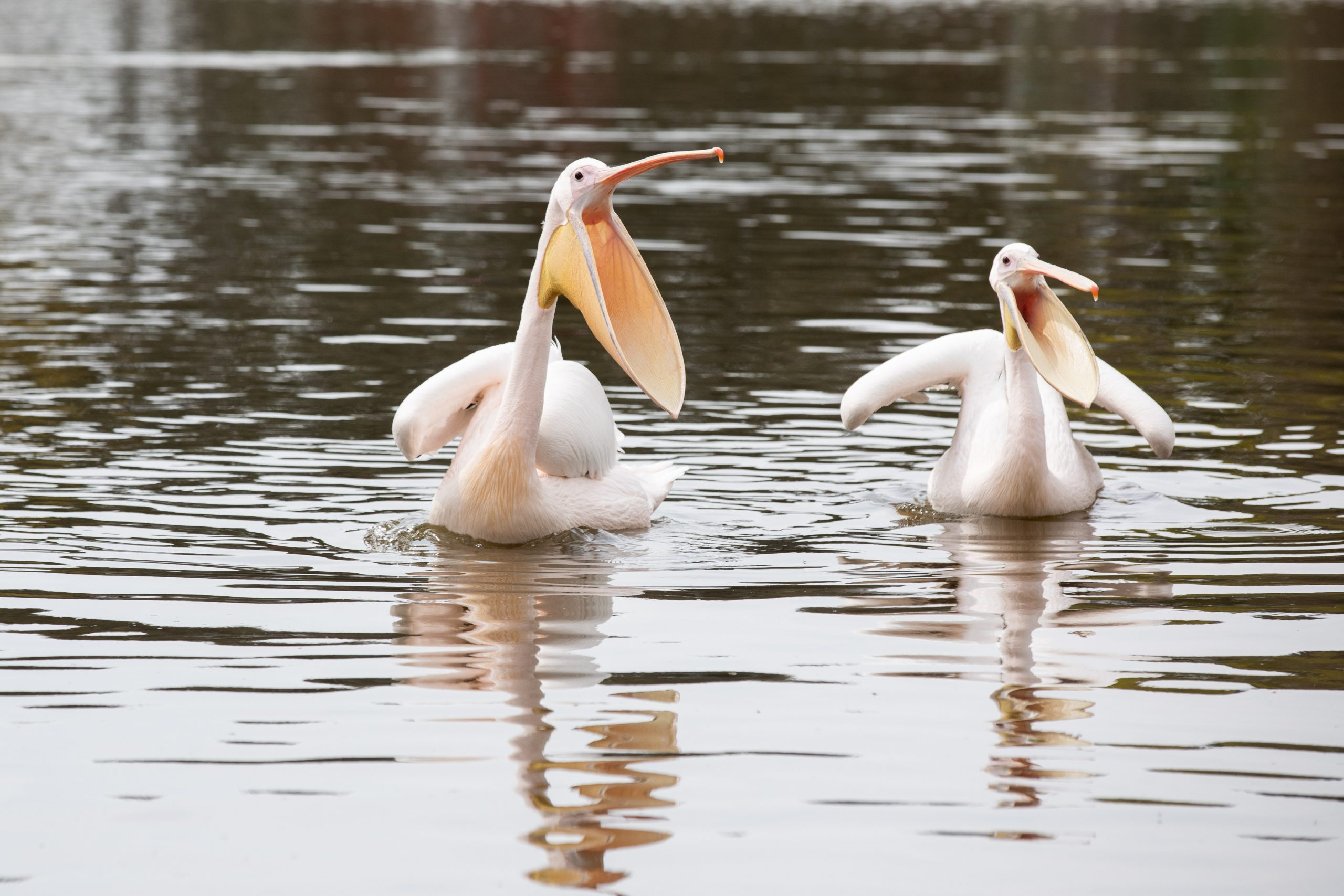 The bird eats about one and a half kilogrammes of fish each day, catching food using its pouched beak (which can expand to hold nearly 13 litres of water), but also eating crustaceans and ducklings on occasion. It spends most of its time in water and tends to choose reed beds or small islands near freshwater lakes when it is looking to establish a safe nesting area.

Pelicans often breed in large colonies of between 40,000 to 50,000 pairs in the wild. Nests generally contain two eggs that are kept warm by both parents and hatch into bald, helpless chicks after 29 to 36 days. They are fed with a special liquid that runs down the parents’ beaks and while chicks can fly from ten weeks, they don’t breed until they are three to four years old. 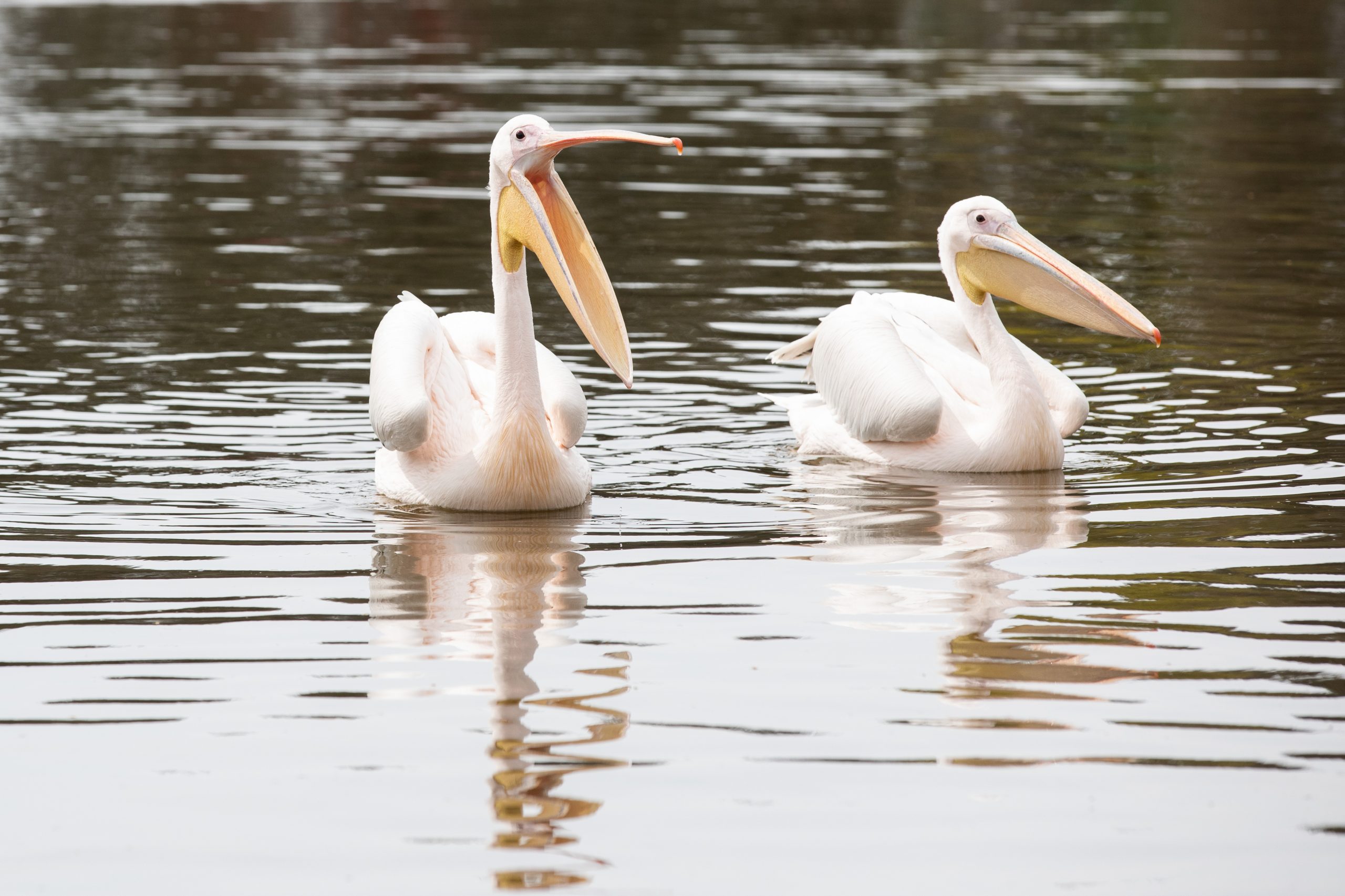 Considered to be of Least Concern on the IUCN Red List, though some populations do face threats from overfishing, hunting and pollution. 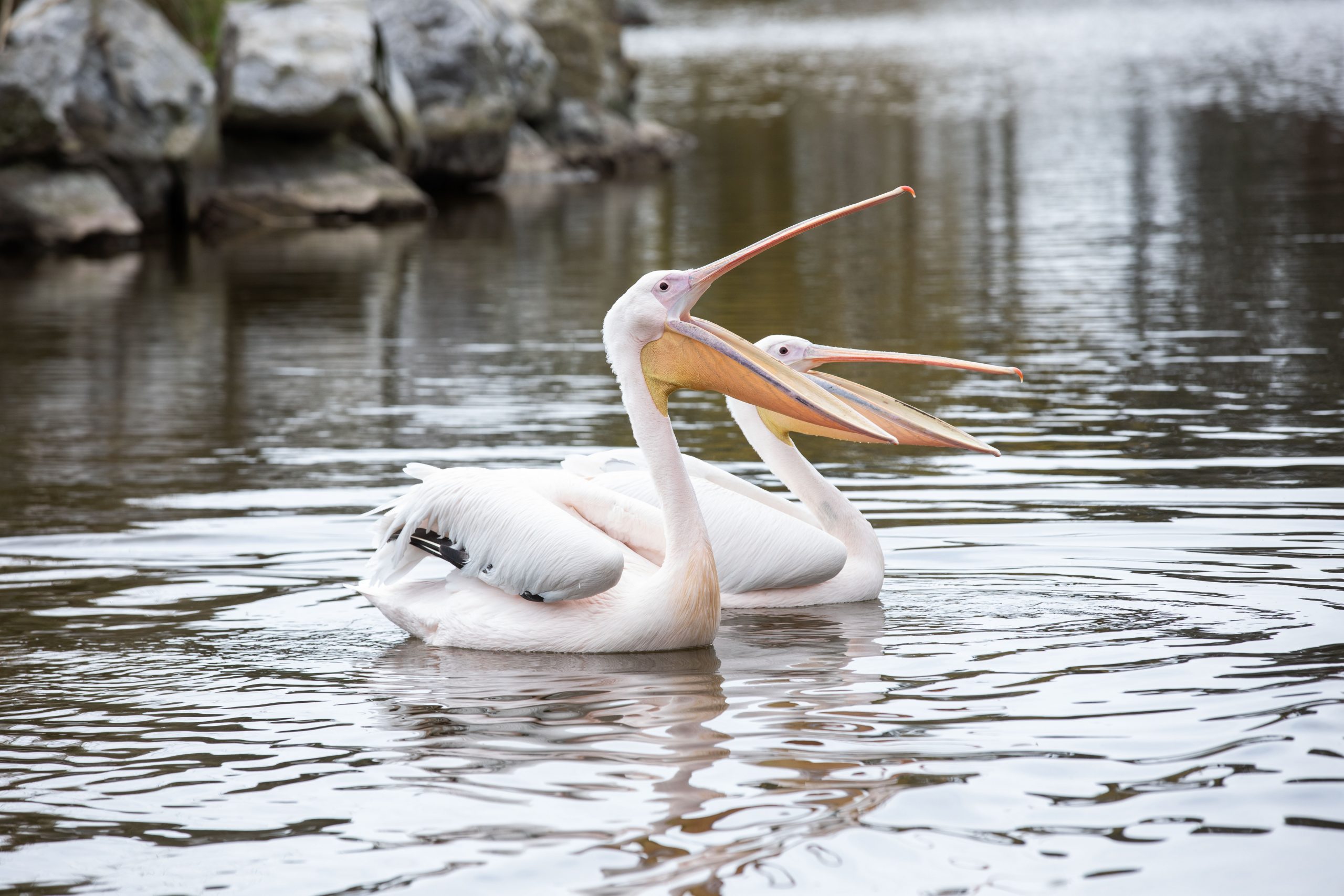 The Great White Pelican is a superb flier and can fly for a whole day and night without stopping, covering distances up to 300 miles. It is also surprisingly light for its size because of air spaces in its bones and under its skin, and it is this physical trait that allows it fly such long distances.

Great White Pelicans have been present at the Park since the very beginning of Fota. The species continues to be free ranging and fishes in the natural salt water of the lakes area – particularly in the summer – to supplement its own diet. The bird has been spotted picking off young ducklings on occasion.