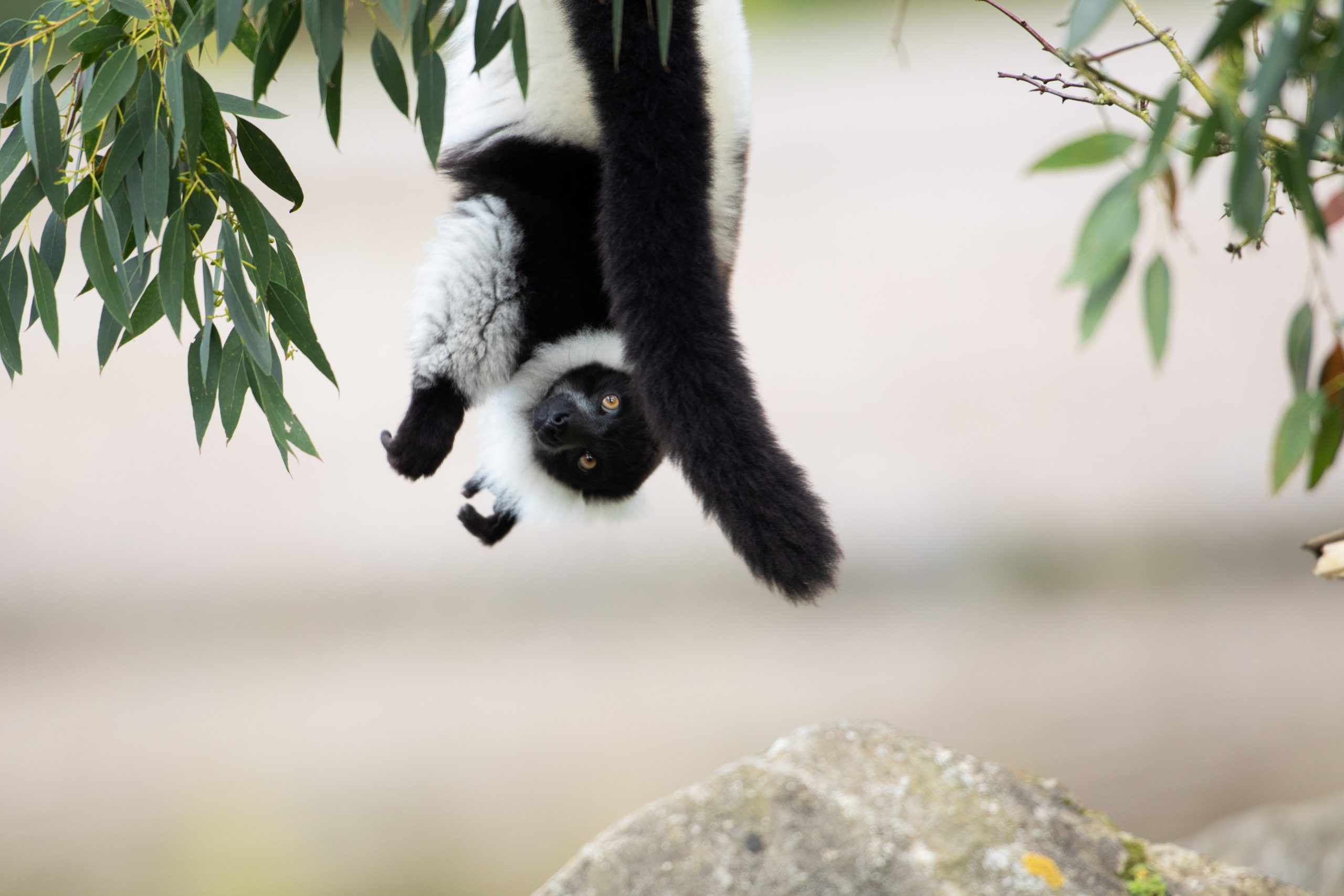 Today Fota Wildlife Park announced the birth of two Black and white ruffed lemur babies (Varecia variegatea) to mother Cloud who is eighteen years old and eight-year-old Fota-born dad Paraic. The baby lemurs were born on the 6th June after a gestation period of 102 days. The new arrivals also share their island habitat on the main lake at Fota with their older twin brothers Nimbus and Cumulus who were born on May 5th last year. The species is native to the tropical forests of Eastern Madagascar and has been classified as critically endangered by the International Union for Conservation of Nature (IUCN) due to hunting and habitat loss and fragmentation. There are less than 250 Black and white ruffed lemurs remaining in the wild today.

Lead Ranger Teresa Power said about the births: “We are delighted to announce two new Black and white ruffed lemur babies, and they seem to get on great with their twin brothers who love playing with them. At first Cloud was very protective of the new babies, moving them from one nesting area to another as she would do in the wild but in recent weeks they are getting much more active and are beginning to climb trees and jump about by themselves, in fact when the Rangers go across the lake to their island to feed them twice a day, the babies are sometimes discovered sitting in their food dishes which is really cute. We have also noticed that dad Paraic has been helping Cloud with babysitting duties, standing guard over the twins while she gets something to eat giving her a well-earned break. We won’t know for a while yet whether the babies are male or female.” The Primate Islands and the Palm Walk at Fota has recently undergone a regeneration , this area now comprises of The Madagascan Village, officially opened last December, which includes a courtyard surrounded by open-windowed houses with Red-bellied lemurs, Black and white lemurs and a new group of Ring-tailed lemurs which will be shortly be introduced to the current free-roaming group of Ring-tailed lemurs.

Ruffed lemurs are an unusual lemur species that display very primitive primate behaviour in that they build nests and give birth to the young in a nest. The young are almost naked at birth and are unable to cling to their mother, as in other primates. The female will often carry the young in her mouth when moving them from one nest to another. However, both males and females will guard the nest and leave their offspring in the nest while they forage for food. When the young are three to four weeks of age, they are then are capable of clinging to the mother while she moves through the forest. The Black and white lemur is native to Madagascar and was featured in the Fota documentary series ‘Fota into the Wild’ that was screened on Virgin Media One in February 2020. They are also one of the main lemur species that inhabit the Madagascar Village located on Palm Walk that was constructed and open to the public in 2019.

Our two Black and White ruffed lemurs have been named! Thanks to everyone who suggested names, our rangers chose the two from hundreds of individual names and have chosen the two winning names, Bánie, suggested by Liam Sheehan from Castletownbere and Dubh suggested by Anne Loughnane from Galway, who have both won an Conservation annual pass voucher.