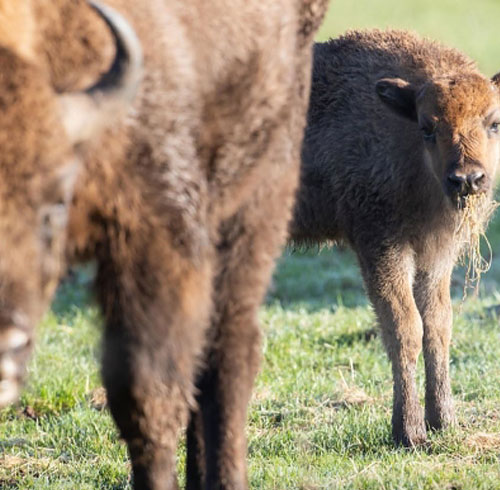 Fota Wildlife Park today announced the birth of a baby European bison (Bison bonasus) who was born on the 25th October. The five-and-a-half-week-old female baby bison was born to mother Blue and father Hyssop. Hyssop is the dominant bull of the herd and came to Fota from Port Lympne Reserve (UK) six years ago as part of the coordinated European Endangered Species breeding Programme (EEP). Classified as Vulnerable by the International Union for Conservation of Nature (IUCN), the European bison is the continent’s largest land-mammal. The European Bison was extinct in the wild but has recently been reintroduced to the mountain ranges of Poland and Romania in a collective conservational effort by many European zoos and wildlife parks – including Fota Wildlife Park. Last year, Park director, Sean McKeown and Lead Ranger Aidan Rafferty travelled to the Vanatori Neamt Nature Park in Romania to see how two female bison from the Fota herd were thriving since they were sent there in 2014, as part of the Virgin Media One documentary series, Fota: Into The Wild. 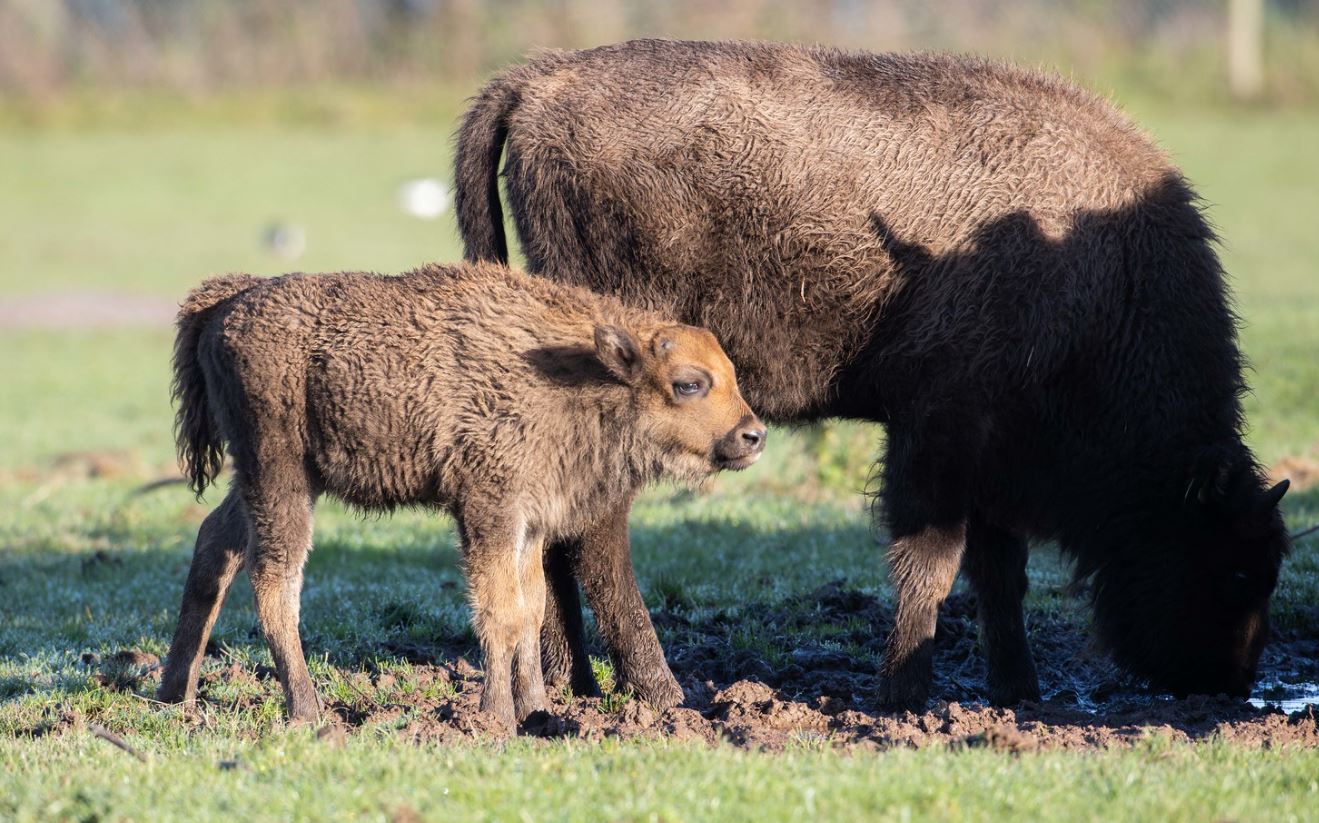 Lead Ranger Aidan Rafferty said “We are delighted to announce the birth of this baby bison. Once extinct in the wild, recently the species had a population regrowth in Eastern Europe. It brings meaning to everything we do here to be a part of this long-term conservation plan that has seen the European bison re-established in the wild from captive-born animals from Zoological organisations. It brings to life, literally, exactly what zoos and wildlife parks are all about.” 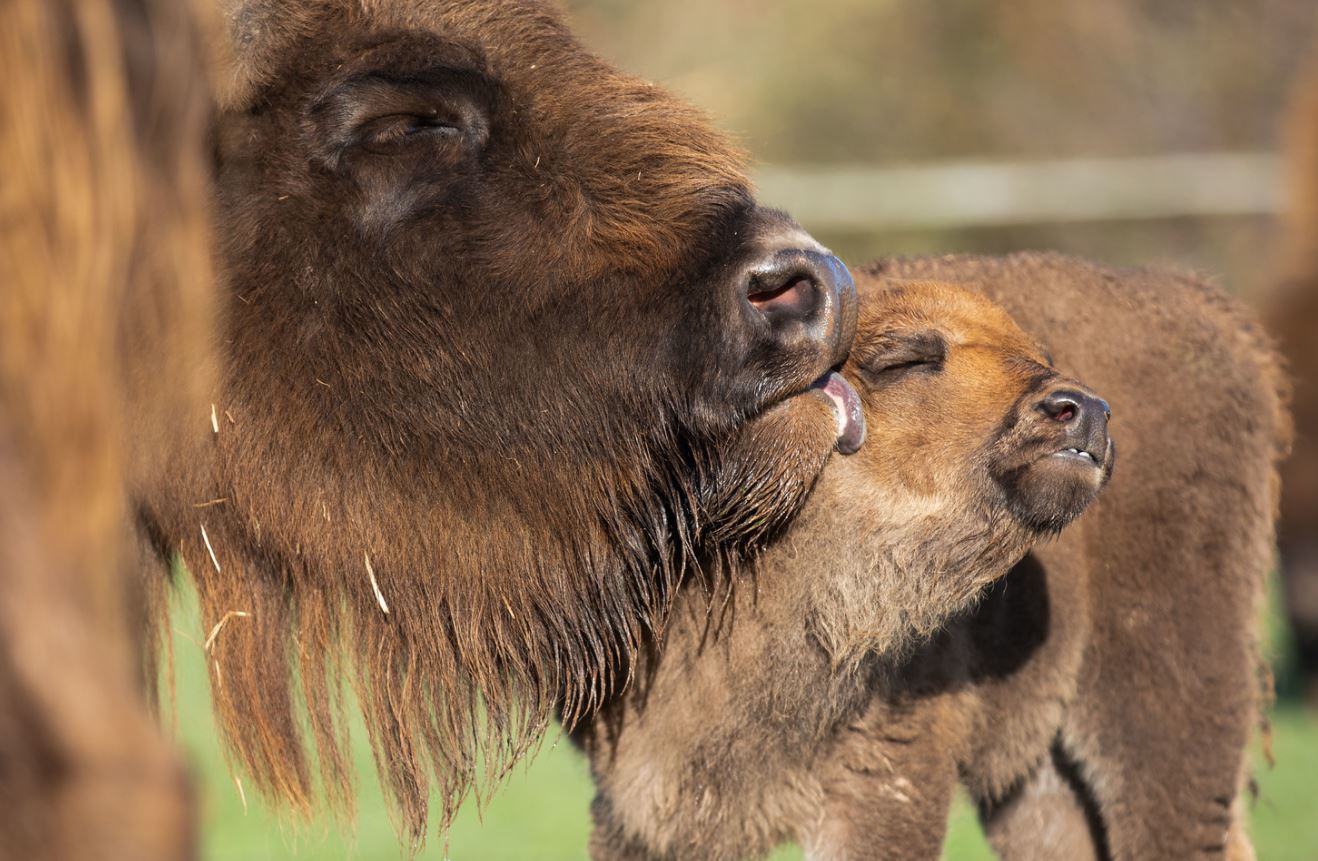 Fota Wildlife Park has received an influx of donations and support from the public, visitors, annual pass holders and schools as a result of the recent ‘Save Dublin Zoo’ campaign which highlighted the difficulties faced by zoological facilities in Ireland. The students of Mayfield Community School in Cork have organised a cake sale fundraiser for the care and feeding of the herd of European Bison which will take place in early December. The students there will be given an opportunity to name of the baby bison by sending in their suggested names to the Rangers at Fota Wildlife Park. The baby bison’s name will be chosen from their list in late December.

The European bison, also known as the ‘wisent’ is a distinctive looking animal with a thickset body, short neck and a visible hump at the shoulder (the forest dwelling European bison are narrower in frame than the American plains bison). They have a dark brown mane under the neck and forehead. As the largest land mammal in Europe, a big bull can weigh up to 1,000 kilos and can reach a height of six feet.

Fota Wildlife Park is a not for profit conservation organisation which participates in the EAZA (European Association of Zoos and Aquaria) EEP and has been involved in the conservation and reintroduction of some species that are extinct or close to extinction in the wild such as the Scimitar-horned oryx as well as the European bison.

Fota Wildlife Park is open daily from 10.00am – booking online only at www.fotawildlife.ie .

Video credits – Sinead Donnachie, Fota Wildlife Park (The below footage was recorded shortly after the calf was born on the 25th October) 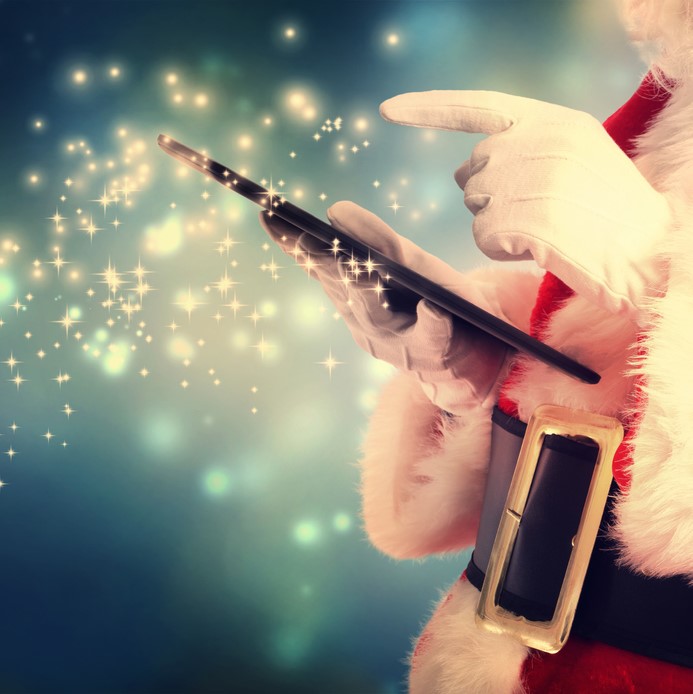 Looking for a unique gift idea for Christmas? 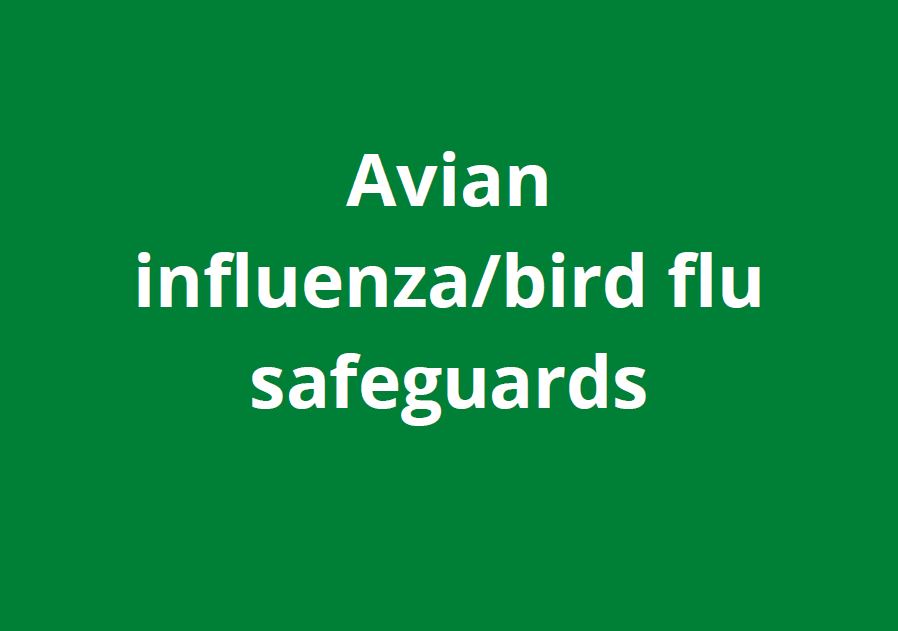 There have been a number of confirmed avian influenza/bird flu... 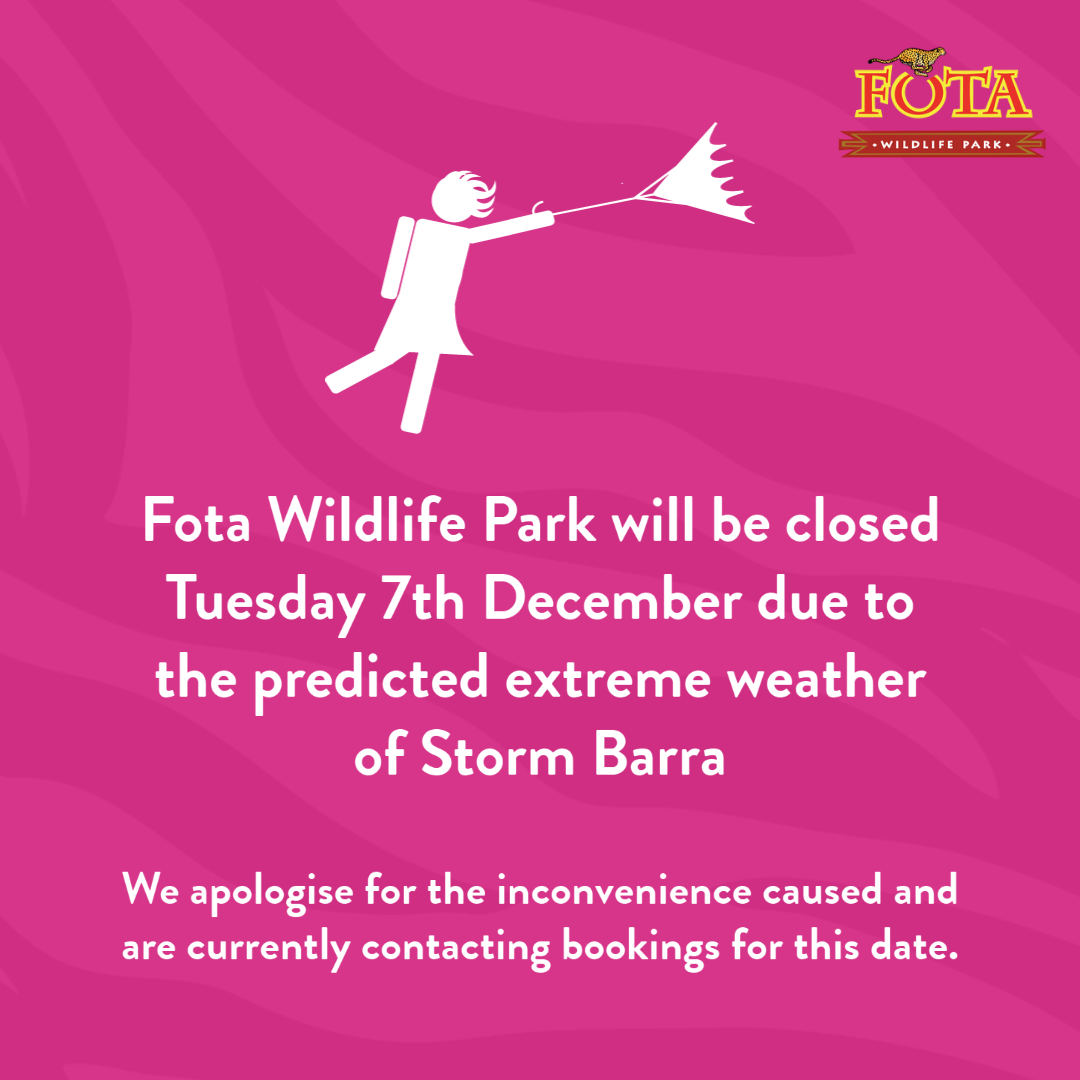 Fota Wildlife Park will be closed Tuesday December 7th, due...