The Cub was born on the 20th of September and becomes the 179th cheetah to have been bred in the East Cork attraction since it first began rearing cheetahs in 1984. The birth which is the first in 5 years at Fota Wildlife Park is also significant in that it is the first Northern Cheetah born at the park. 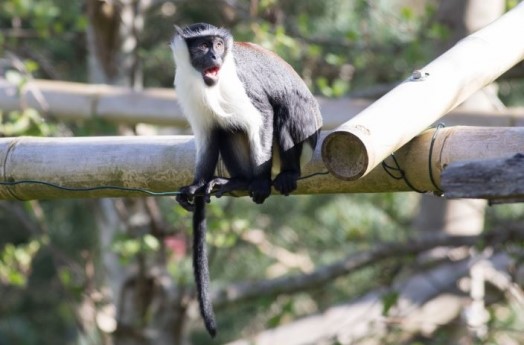 Fota Wildlife Park announced that it has added two female Roloway monkeys to its primate faunal collection. The Roloway species is extremely rare, even more so than any ape species. It is one of the most critically endangered primates in Africa and it has been placed on the International Union for Conservation of Nature’s (IUCN) Red List. The species is on the edge of extinction and until now its ecology and biology remain almost unknown. Until its arrival in Fota, Roloways were not held in any zoological facility in Ireland, Northern Ireland or the UK and there are only 34 Roloways living in captivity worldwide. The Roloway is indigenous to sections of Ghana and the Ivory Coast and is an imposing-looking animal with a black coloured body and a chest and throat of white fur including a distinctive white goat-like beard and bright white fur on the brow-line. 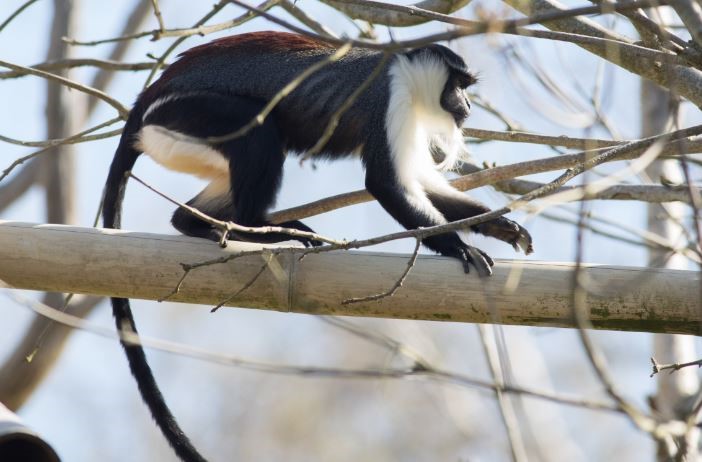 One of the female Roloways named Dapa was born on February 24th, 2014, and came from Duisburg Zoo in Germany, the other older female; Sassandra came from Mulhouse Zoo, France and was born on July 16th, 1999. Lead Ranger, Teresa Power said about the new arrivals “It is a privilege to welcome such a rare and endangered species to Fota Wildlife Park as these Roloway monkeys. They are truly stunning looking and distinctive animals which are now, unfortunately, ranking on the world’s 25 most endangered primates. The female Roloways are prone to reproductive issues; in fact, one of our new females Sassandra – named after the river in the Ivory Coast, at 18 years of age is, unfortunately, unable to breed. She has only half a tail as the rest had to be removed because of injury. We hope in the future that Dapa, our new four-year-old female will be introduced to a male and can perhaps have babies as this would be very important for the continuation of the species in captivity.”
Dapa and Sassandra’s new habitat includes a new state of the art lake-side monkey house which links them to a recently renovated island. The newly built house includes underfloor heating and transparent tunnels designed to facilitate and encourage movement out of their internal housing. This will allow them to explore their habitat whilst offering great views of their surroundings including the nearby island which houses their neighbours, the Grey-cheeked mangabey monkeys. The Roloways Island is part of the overall primate islands re-development project which will see an additional new species being added at the end of 2018.

Fota Wildlife Park is renowned worldwide as a centre of excellence for both the conservation and breeding of a number of endangered species. It has also been instrumental in successfully breeding and reintroducing a number of species that had become extinct in the wild including the Scimitar-horned oryx and European bison, and it hopes to replicate similar breeding success with Dapa. Unfortunately, while extinction in the wild is a possibility for this species, the park is committed to preventing further losses through its ex-situ conservation efforts.

The Roloway is an arboreal (tree-dwelling) species that spends most of its time in the canopy of undisturbed, mature rainforests. The species has become very vulnerable to human activity which has been responsible for the destruction of much of their natural habitat and through bush meat hunting in their native Ghana and Ivory Coast. In the past 100 years, Ghana has lost 80% of its forested lands. Their diet consists of fruits, flowers, seeds and insects. As a diurnal primate, it sleeps at night and feeds during the day. The average size of a mature Roloway is between 4 to 5 kilos. Roloways are preyed upon by leopards, chimpanzees, humans and crowned hawk-eagles.

Other news at Fota: The four cheetah cubs who are now one year old and their mother Nimpy have just been moved to the habitat featuring the famous ‘Cheetah Run’ feeding enrichment device which is adjacent to the Main Entrance. The Cheetah Run feeding times are 12.45 and 4 pm daily. 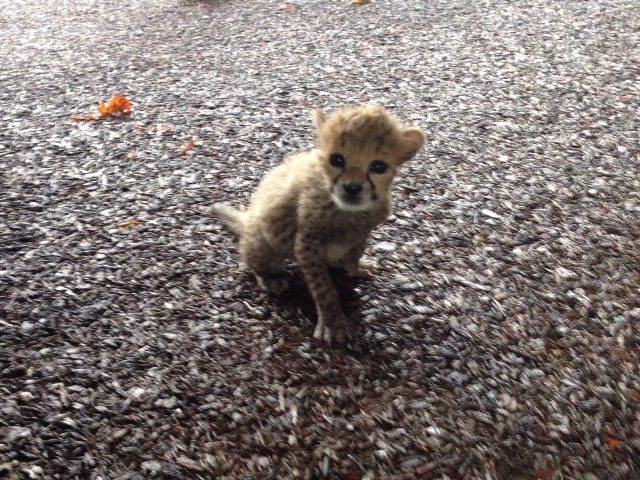 Cheetahs bred in Fota Wildlife Park have been sent to many breeding centres around the world over the last 29 years as part of the endangered species programme. This involvement in such programmes helps ensure that the worlds fastest animal does not become extinct with an estimated 250 Northern Cheetahs existing in the wild, thus the birth of a cub marks an exciting time at the park. 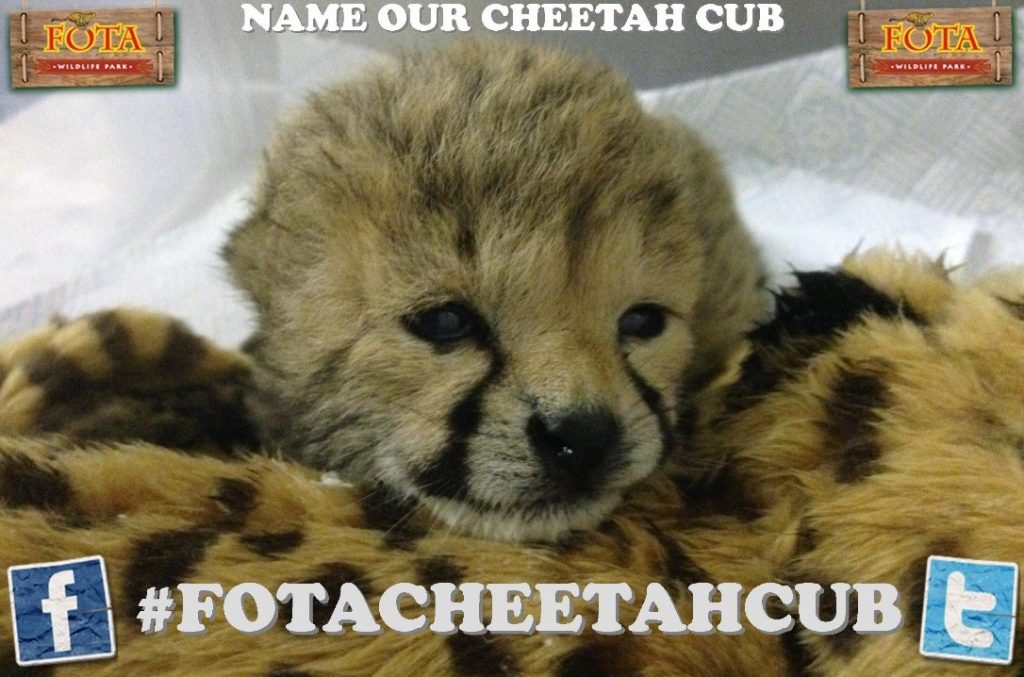 Fota Wildlife Park is now asking the public to suggest a name for the male cub via their Facebook Page or on Twitter using #FOTACHEETAHCUB. The person who chooses the name the park like the most will get to see the cheetah up close on one of the park’s newly launched Wild Experiences which takes individuals and families behind the scenes at Cork’s most visited attraction.