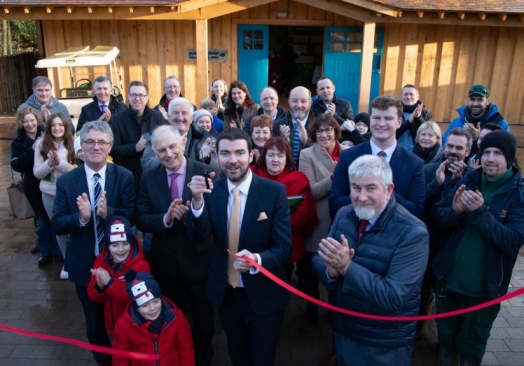 New Madagascan Village in which Fota Wildlife Park invested €750,000 is opened by Minister of State for Tourism,
Brendan Griffin TD.  Fota opens the latest development in a series of weatherproof educational areas to enhance the visitor experience in shoulder periods.

Minister of State for Transport, Tourism and Sport, Brendan Griffin TD, today officially opened a new visitor development, The Madagascan Village, at one of the biggest visitor attractions in Ireland – Fota Wildlife Park. Fota recently completed the new animal viewing and indoor visitor area on the Palm Walk Island at the 100-acre Park for an investment of €750,000. The Madagascan Village is composed of three buildings including two houses, with glass panelling as indoor accommodation for four species of Lemurs. Visitors to the Wildlife Park will be able to observe the Lemurs in their indoor housing as well as on their island habitats, it was not possible up until opening The Madagascan Village to view the Lemurs in inclement weather.

The Island of Madagascar has lost 90% of its forest cover in the last 200 years. This has resulted in 80% of its animal and plant life being in danger of extinction. The Madagascan Village will inform and educate the general public about the enormous threat to Madagascan biodiversity and also display some of the Madagascan species that are in peril of extinction in the next 10 to 15 years.

Minister of State, Brendan Griffin TD said at the launch “I am delighted to officially open what is a significant investment in the Park today, on top of the 14 million that has already been invested in capital projects in the last 10 years here. The work that is being done here is incredibly important, not only in terms of being a global leader in conservation work but also as a major visitor attraction in the South East of Ireland. Not only do the visitors, holiday makers and foreign tourists that visit Fota Wildlife Park contribute financially to the region but Fota is also a significant employer in long term sustainable tourism in the East Cork region.” 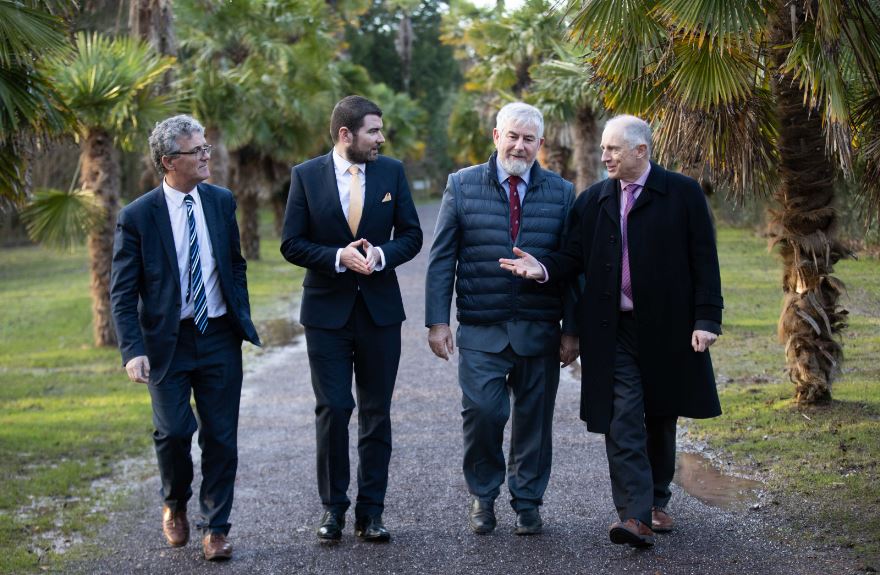 Sean McKeown, Director of Fota Wildlife Park today said “We are delighted to welcome Minister of State for Tourism here today, Brendan Griffin TD, to officially open this new indoor development. It is so important for us to highlight the plight of the Madagascan ecosystems and biodiversity that are under severe threat and to educate the public on the need for conservation globally. It is also paramount for Fota to have more indoor facilities and attractions especially during the colder wetter off-peak months. As a non-profit organisation, dependant on gate receipts, we do all we can to encourage people to visit throughout the year.” He continued; “We recently commissioned a Behaviour and Attitudes survey which found that 50% of Fota’s visitors are holidaying in the area – B&A estimate these holidaymakers contribute €190 million to the local and regional economy.”

The development forms the centrepiece of the Palm Walk Island and is located on the eastern side of the Palm Walk. As well as featuring the two Lemur viewing-houses, the main house of the Madagascan Village is an interactive hub where the public can find out about the various conservation projects that Fota undertakes particularly in Madagascar. Other species at the Madagascan Village will include Blue-eyed black lemurs (critically endangered and a new species to Fota), Red-bellied lemurs (endangered and a new species to Fota) and also fish, amphibians, reptiles and insects. Fota Wildlife Park has a history in breeding Ring-tailed lemurs since 1984 and many of their young have travelled to other animal facilities across the globe. The Ring-tailed lemurs have been free-roaming in Fota since 1985 and Fota has been a pioneer in the handling of the species.

This project also includes the refurbishment of the Palm Walk that was initially planted with Chusan palms in the 1870s which formed part of the renowned Fota Arboretum. Some of the palms have died over the years and required replacement, with the walkway also being resurfaced.

The Madagascan Village in the latest in a series of new developments and improvements at Fota Wildlife Park. In September 2018 Fota opened a new indoor educational viewing area over-looking the giraffe paddock and earlier this year Fota announced a purpose-built primate house including a brand-new viewing structure for one of Africa’s most endangered species – the Drill.

Fota Wildlife Park, part of the Zoological Society of Ireland, is located on 100 acres at Fota Island 10km east of Cork City and has an annual attendance of over 465,000 visitors which makes it one of Ireland’s top visitor attractions. As a conservation charity, the vision of the Wildlife Park is to inspire people to understand and protect the biodiversity of the natural world. Fota Wildlife Park’s core values of conservation, education, and research have been instrumental in fostering greater public understanding of the threats to the biodiversity of animal and plant habitats; as well as maintaining some of the world’s most endangered species.