The red squirrel is native to Ireland. 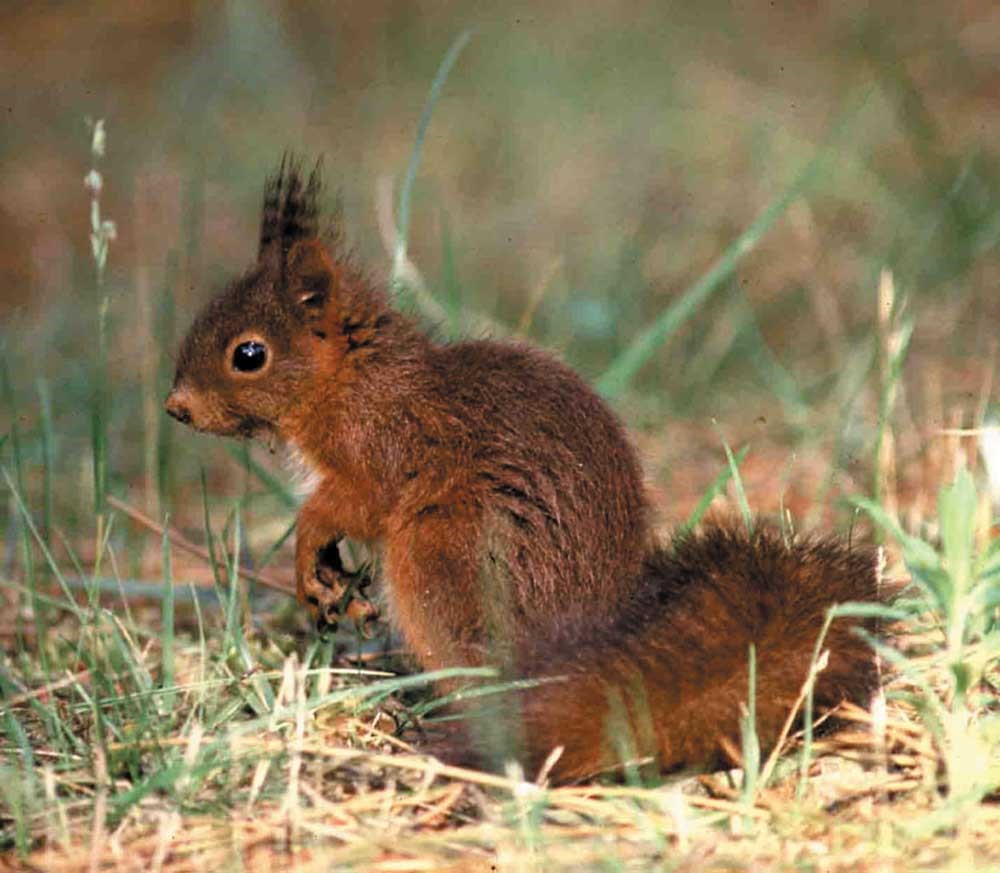 However, the grey squirrel has only been present since 1911, when it was introduced to County Longford. Since then the grey squirrel has spread rapidly and is now found in 26 of the 32 counties. Contrary to popular belief, the grey squirrel does not directly kill the red but, it has been reported that the breeding success and the recruitment of juvenile red squirrels is reduced in areas occupied by both species. This may be due to the greys ability to exploit food more efficiently then the reds or a combination of factors. In the U.K. red squirrels have all but disappeared from areas occupied by greys and in Ireland there has been a 30% contraction of the red squirrels range. Grey squirrels are still absent from South Cork but with their ability to expand rapidly, red squirrels in Munster are particularly at risk (See map below). This makes populations of red squirrels, such as those at Fota particularly important. 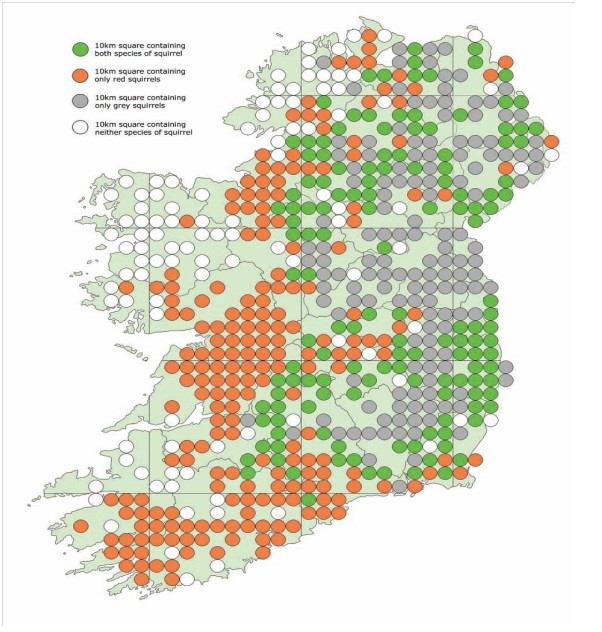 Fig 1: Map showing areas where only greys, reds or both species have been reported. Taken from Carey, M, Hamilton, G, Poole, A and Lawton. C ‘The Irish Squirrel Survey 2007’
University College Cork and Fota Wildlife Park would like to know more about the red squirrels on Fota island and have joined together in a two year research project which began in October 2012. This study aims to gain a greater understanding of red squirrels living in the absence of greys, with a focus on habitat use, feeding behaviour, dispersal and an investigation into the health status of red squirrels at Fota. You may see evidence of our work as you walk around the park. For instance, hair tubes have been placed on some of the trees. These tubes are baited with food, and glue blocks are placed at the top which capture a fragment of the squirrels’ hair. This not only allows us to see what trees and areas the squirrels are using, but also through genetic analysis of the hairs we will be able to explore the family relationships of the red squirrels at Fota. As the project progresses you may also notice that some of the squirrels are wearing little tags. These are radio transmitters. By tagging a few individuals we will be able to explore how far the squirrels are moving, whether they are leaving the island and whether the areas they occupy change on a seasonal basis. This information will be used in order to improve habitats for the red squirrels at Fota, and also to develop management strategies elsewhere.

To help with this work, we would also be interested if you could contact us in the event that you see squirrels dead on the road in the region of Fota Island. These carcasses are invaluable as they can give information on the health status of the squirrels.

We also invite you to help us by filling in our questionnaire on squirrel sightings as you walk around the park. Your participation in this work is greatly appreciated and we will look forward to updating you on the findings and progress of the research as it evolves.

If you see a dead red squirrel on Fota Island please contact Amy Haigh at amyhaigh@eircom.net or 021 4904641.
For further information on red squirrels please visit: http://www.mammals-in-ireland.ie/species/red-squirrel