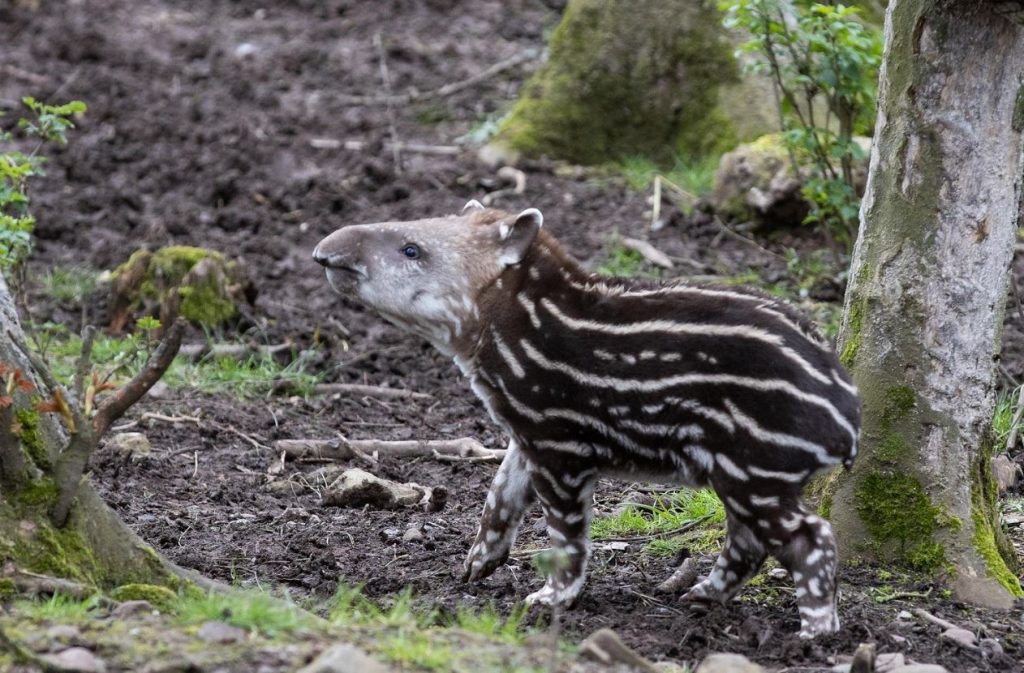 Fota Wildlife Park today announced the birth of a new female baby Brazilian tapir (Tapirus terrestris), who was born on the 27th February 2019 to mother Maya and father Basil, bringing the Tapir group to six at the South American habitat in the County Cork Wildlife Park. The four-week-old baby Tapir has brown hair with white stripes which help camouflage her and these white stripes will fade as the calf matures. Apart from her mother and father, the young female calf is accompanied by her older siblings, two males and a female – Thiago, Pablo and Sophia. Fota Wildlife Park is calling on the public to help name the calf by entering a name on the form below to be in with a chance to win a year-long conservation annual pass. 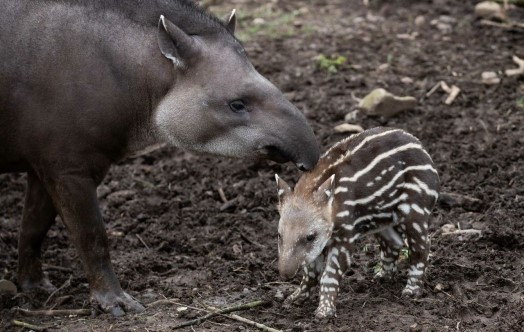 Lead Ranger Aidan Rafferty said about the birth “We are absolutely thrilled with the birth of this Brazilian tapir which is part of the European Endangered species Programme (EEP), as the species has been classified as Vulnerable by the International Union for Conservation of Nature (IUCN), the reasons for their decline in the wild include habitat loss, illegal hunting and competition with livestock. Right now, the calf has a lovely reddish-brown coat with stripes and spots which in the wild would help her blend in with the dappling effect of the sunlight through the leaves of the forest canopy – thus evading predators like the jaguar.” He continued: “The calf is settling in really well and is just content in following her mother around all day and they spend a lot of time calling back and forth to each other – although Basil, her father has been completely unimpressed about the birth and is paying very little attention to her. Her mother Maya and father Basil are the principal breeding pair here at Fota and came to the Park from Lodz zoo in Poland and from Curraghs Wildlife Park on the Isle of Man respectively.”

A relative of the primitive horse and Rhinoceros, the Brazilian Tapir is one of four species of Tapir in the world. It can weigh up to 250 kg, measuring two metres in length and has a long, flexible snout that helps collect food. The name Tapir comes from the Brazilian word for ‘thick’, which is a reference to its tough skin. The Tapir inhabits the rainforests of South America; it lives near water which it uses to escape from predators such as jaguars and pumas and they are capable swimmers and divers. Brazilian Tapirs have splayed toes, four on the front feet and three on the rear feet to help them navigate through muddy ground. 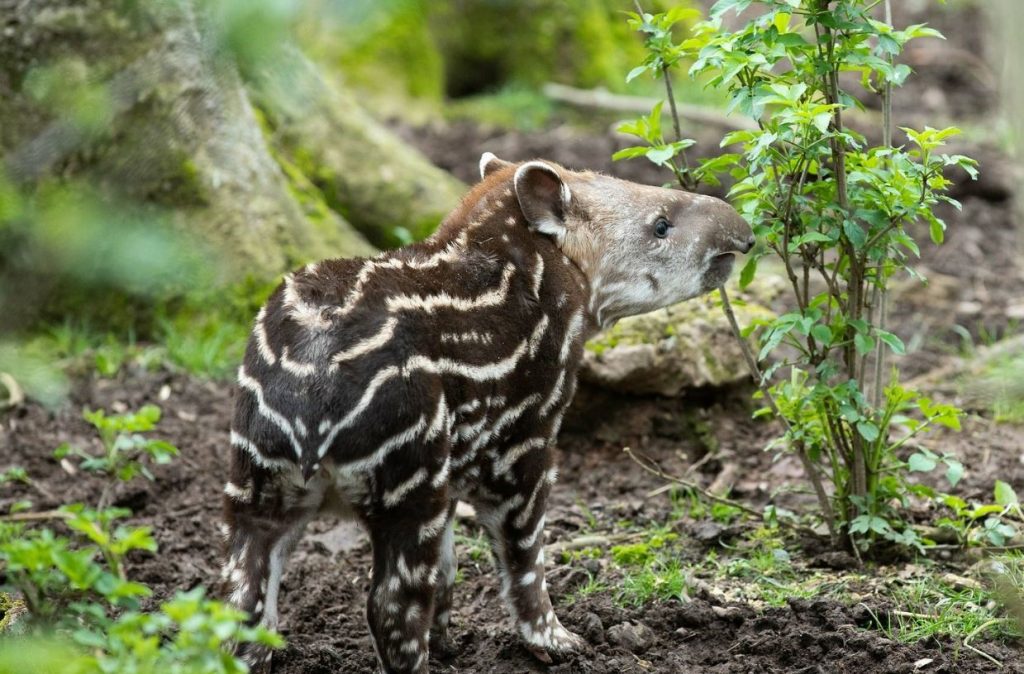 Fota Wildlife Park is a not for profit zoological institution set on 100 acres on the scenic Fota Island in the heart of Cork Harbour and is dedicated to conservation, education and research and has also established itself as one of Ireland’s top visitor attractions. Open year-round, Fota Wildlife Park cares for several different animal species in danger of extinction. Through long-established breeding programmes, which are run cooperatively with other institutions around the world, the Park is helping restore populations of some species while protecting the very survival of others.

To enter a name suggestion for the baby female Tapir and be in with a chance to win a conservation annual pass to Fota Wildlife Park – please fill out the form below or try this link: