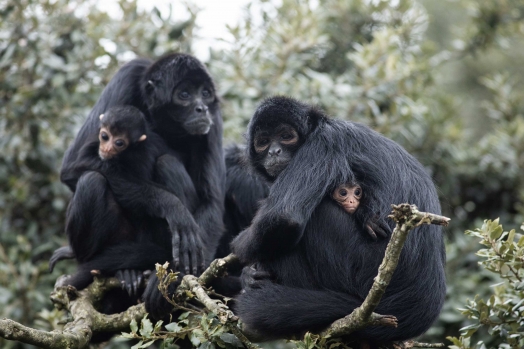 At the end of January we announced the births of two baby Columbian Black Spider Monkeys (Ateles fusciceps rufiventris) to mothers Batty and Norma. The two babies have yet to be named and the Rangers at the park have decided to ask the public who are unable to visit the park at the moment to send in name suggestions.

Lead Ranger Teresa said, ‘We’ve had a lot of messages and questions being sent into the park at the moment. We know it’s a tough time for everyone and that all our regular visitors are facing worries of their own, so we’re really appreciative of all the good wishes coming into Fota Wildlife Park. While we are still busy at work looking after the animals, as we do all year round, we are hoping some of our fans at home would like to come up with name suggestions for us.’ 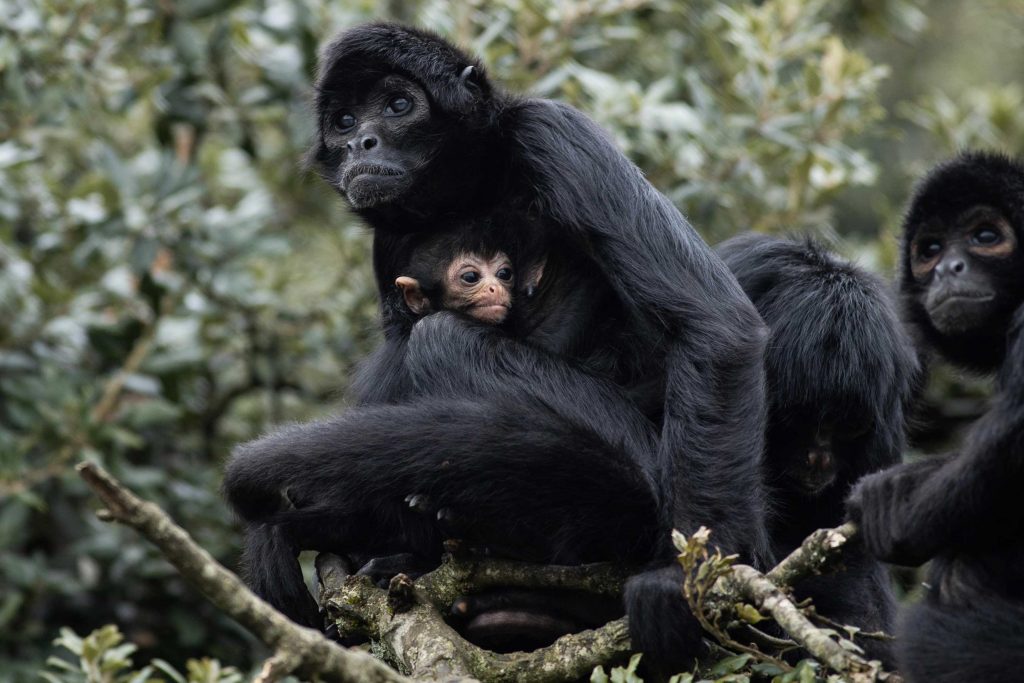 At nearly thirty years old Batty gave birth to a male on the 27th December with her long-term partner Arnold who is four years her junior and Norma aged nine had a female with Pinky, who is eight years old, on the 11th January.

Fota Wildlife Park is asking the public to suggest one name (there will be two single winners) to be in with a chance of winning one of two Conservation Annual Passes to use after the wildlife park reopens.

The International Union for Conservation of Nature (IUCN) has classified the Columbian Black Spider Monkey as critically endangered due to hunting, habitat destruction and a long birth cycle as females only give birth every two or three years.

Fill out the competition form below to enter your suggestions: (Competition now closed)