The sun beamed down on Fota Island Railway Station today as Iarnród Éireann Irish Rail has everything in place to welcome thousands of visitors to Cork and to Fota Island – from Thursday, 19th June until Sunday, 22nd June when the 2014 Irish Open scheduled to take place at Fota Island Resort in Cork Harbour. 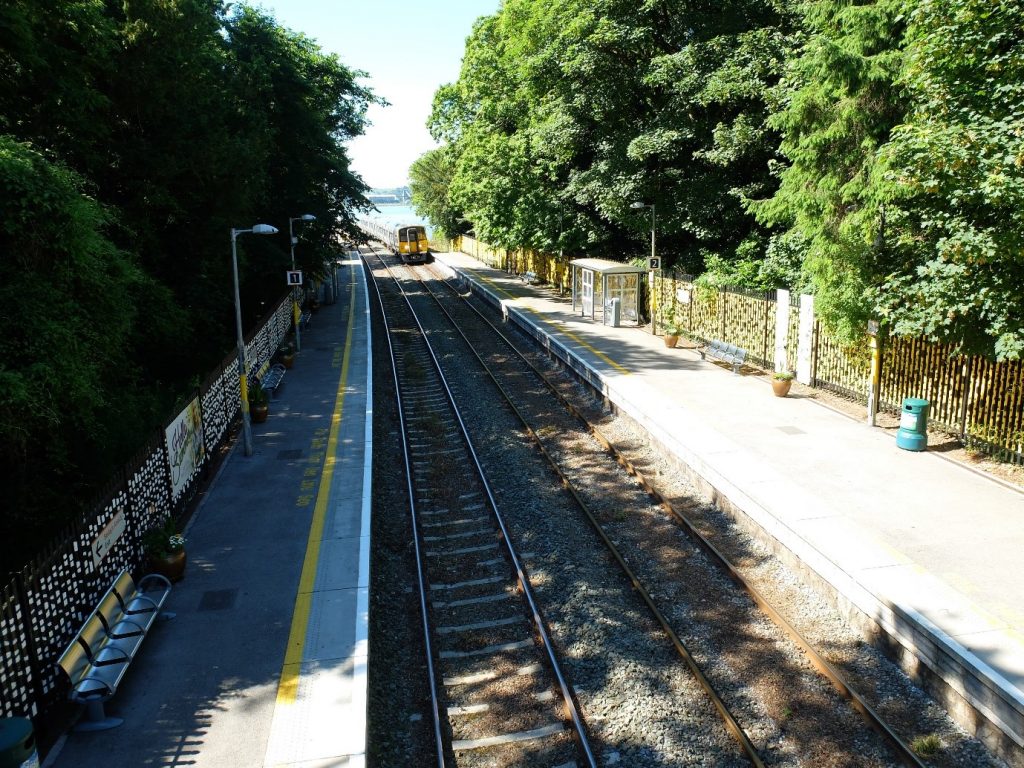 “We have been planning this for months and everything is now in place to welcome everyone to Cork and to Fota. Every effort has been made by our staff to ensure customers enjoy their short Train journey to Fota Island for the 2014 Irish Open. We would also like to – Thank – Jody Smith and the staff at Ballyseedy Home & Garden Centre, Cobh Cross, Cork who have decorated Fota Island Station with flowers. The Station really looks well and is a delight to see as you alight from the train at Fota Island Station” – said Ray Foley, Station Manager, Kent Station, Cork.
A special entrance to the golf course has been built by the European Tour – just 400 meters walk from Fota Island Station – so that travelling by train to Fota Island for the 2014 Irish Open has never been easier. `
“Visitors will also be able to visit Fota Wildlife Park, which has its own entrance at Fota Island Station and should watch out for the newly arrived Sumatran Tigers in their new Tiger Park – as they walk from Fota Island Station to the special golf entrance. Beautiful Fota House, Arboretum & Gardens is also located on Fota Island and seriously worth a visit” – said Andrew Roche, Business Development Manager for Iarnród Éireann Irish Rail in Cork.
Over 178 Trains will call at Fota Island throughout the four days of golf, bringing thousands of golf enthusiast to the 2014 Irish Open. Trains will operate every half hour from Kent Station, Cork to Fota Island and from Cobh to Fota Island – from 7am until 8pm – every day from Thursday, 19th June until Sunday, 22nd June 2014. Iarnród Éireann Irish Rail has also increased the size of its trains which operate the Cork-Fota-Cobh Route, to cater for the expected demand.

The Midleton to Cork Line, which was not opened when the previous Irish Open was played at Fota Island (in 2001 & 2002) is also playing its part in bringing visitors to Fota. Iarnród Éireann Irish Rail is offering Free Car Parking at its East Cork Commuter Stations – i.e. Midleton, Carrigtwohill, Glounthaune and Little Island Stations – so that parking at any of these stations and travelling by commuter train to Fota is convenient. Normal train services will operate from Midleton to Glounthaune Station for Fota on Thursday, 19th, Friday, 20th, Saturday, 21st and Sunday, 22nd June – with extra early morning trains operating from Midleton and Carrigtwohill to Glounthaune for Fota – on Sunday morning, 22nd June (departing Midleton at 06.45hrs & 07.45hrs).

Visitors travelling from Belfast, Dublin, Limerick or Kerry can travel by train direct to Kent Station, Cork and transfer to the frequent Cork-Fota-Cobh commuter train on arrival in Cork and can still purchase their train ticket directly from Dublin Heuston to Fota.