New four-part series called Fota: Into the Wild starts on Virgin Media One Television this Sunday 2nd February at 8pm 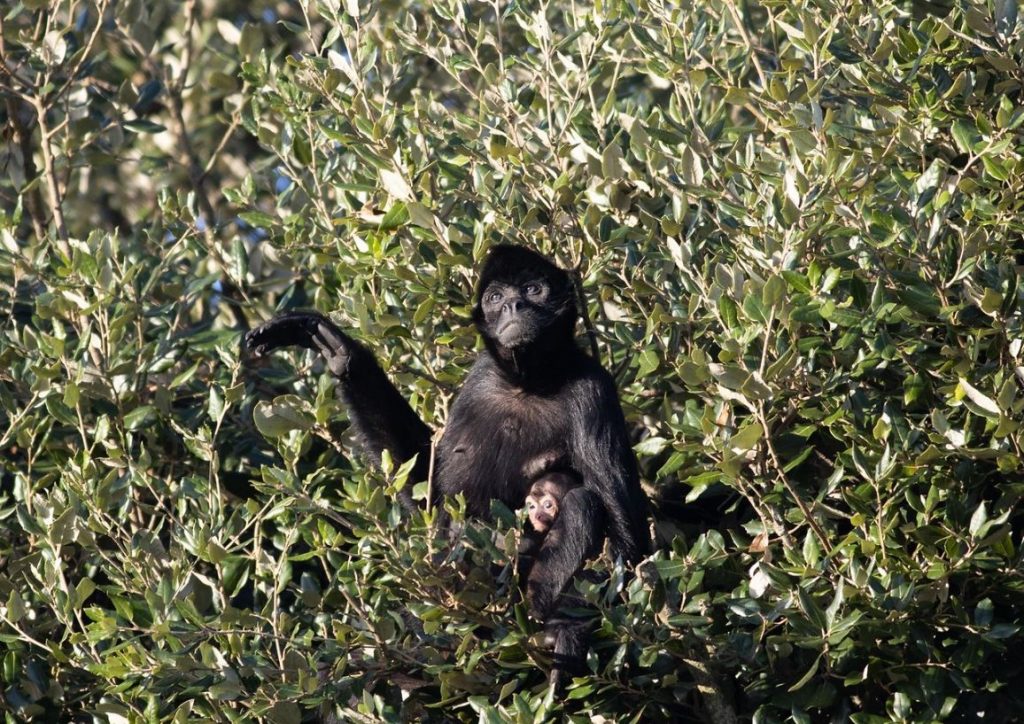 Today Fota Wildlife Park announced the recent births of two baby Columbian black spider monkeys (Ateles fusciceps rufiventris) to mothers Batty and Norma. The International Union for Conservation of Nature (IUCN) has classified the Columbian black spider monkey as critically endangered due to hunting, habitat destruction and a long birth cycle as females only give birth every two or three years. This primate and many other endangered species will feature in the new documentary series about Fota Wildlife Park, presented by Andrea Hayes, to commence on Virgin Media One Television this Sunday the 2nd February at 8pm. The four-part television programme is called – Fota: Into the Wild and was filmed by Red Pepper Productions over a period of nearly two years. The series follows Fota’s animal Rangers as they care for and protect many of the species – from birth all the way through to maturity. The first programme of this brand-new series will feature three Asiatic lion cubs, the first to be born in Fota; and a journey to Madagascar to observe some of the world’s most endangered lemurs in the wild.

Teresa Power, Lead Ranger said about the Columbian black spider monkey births “It’s been a very busy time for us here at Fota, not only are we buzzing with excitement about the new Virgin Media One TV series , but our primate section has been kept on its toes with the arrivals of two new babies to the Columbian Spider monkey group. At nearly thirty years old, we were delighted to see that Batty had given birth on the 27th December to her sixth baby at Fota Wildlife Park with her long-term partner Arnold who is four years her junior. Even more recently mother Norma aged 9 and father Pinky, who is eight years old became parents on the 11th January.” She continued “The Spider monkeys are part of a European endangered breeding programme (EEP) and Norma was sent to Fota Wildlife Park in 2015 from Bioparc de Doué-la-fontaine in France while her partner Pinky was born here at the Park. Norma is easy for the Rangers to distinguish from the rest of the Spider monkeys as she has very pale skin around her eyes that look almost like a pair of glasses-so be sure to watch out for her and her brand new baby next time you visit the Park.” 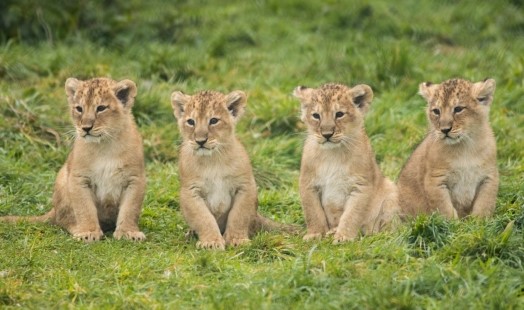 The Columbian Black Spider monkey is a sub-species and is native to Columbia and Panama and has a black body, long limbs and an extremely flexible tail which has a hairless tip for gripping that like a human fingerprint is unique to each individual animal.
Teresa Power said today: “Visitors to Fota Wildlife Park can see our group of Colombian black spider monkeys outside in their habitat near the Oasis Café every day, weather permitting; and if they look very closely, they should be able to spot the new babies clinging tightly to their mother’s tummies. Both Batty and Norma will carry their babies around like this for the first four or five months and then transfer their young onto their backs as they grow. The new arrivals should start to eat solid food at around eight months old and be fully weaned at around sixteen months. Time will tell whether these Columbian spider monkey babies are male or female as currently both females are very protective, and the Primate team will not disturb the mothers and babies at this stage of their development.”
The Black Spider Monkey is the largest of the New World monkeys and is found in humid forests up to 2,500 metres above sea level. It’s also an arboreal species, spending most of its time up high in the canopy. It eats a diet mainly of fruit, though it also consumes leaves for protein and has a pot-bellied appearance because of its large stomach.

Fota Wildlife Park, part of the Zoological Society of Ireland, is located on 100 acres at Fota Island 10km east of Cork City and has an annual attendance of over 460,000 visitors which makes it one of Ireland’s top visitor attractions.
Tune into Virgin Media One television on Sunday 2nd February to see the first in a four-part hour-long series called Fota: Into the Wild from 8 pm to 9 pm.