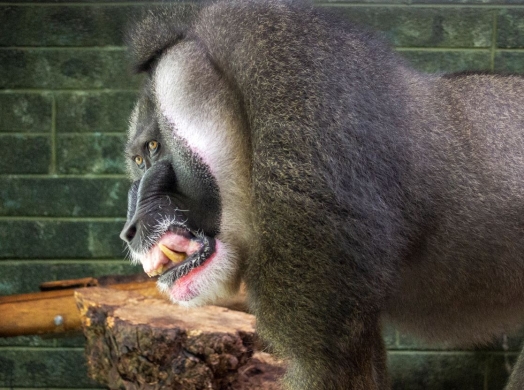 Fota Wildlife Park today announced the arrival of a pair of Drill monkeys (Mandrillus leucophaeus) as part of an international co-operative breeding programme, who came from Stuttgart Zoo, Germany in February. Drill monkeys are closely related to the Mandrills and Baboons and they are not commonly found in zoological institutions. The 22-year-old male Julian and the female called Buddy who’s 28 years old have been settling in extremely well to their new purpose-built ‘Drill-house’ – a brand new viewing structure which has just been opened to the public at Fota Wildlife Park. Drills are large animals, with the males weighing around 33 kgs, they are powerfully built with large canine teeth and feature a range of colours such as lilac, blue, pink and purple on their rumps. 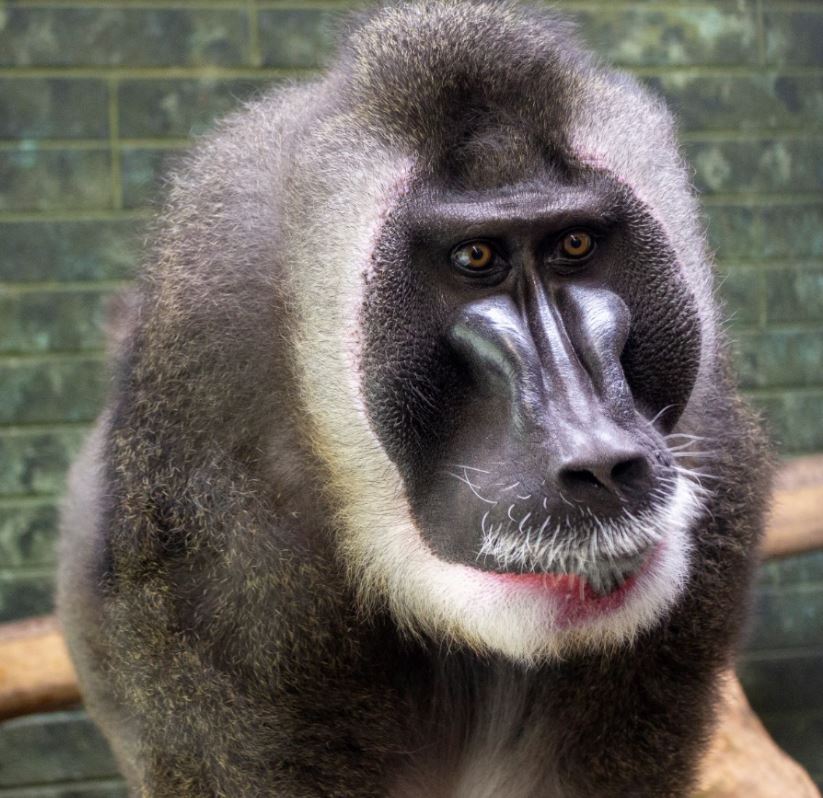 Lead Ranger Teresa Power said about the new arrivals “Currently this stunning looking pair of Drills are adapting really well, and their transfer and arrival couldn’t have gone any better really. The house here has been specially designed for this species with the heating set at a temperature of 20 degrees. We are refurbishing their island where they will have outdoor access to one of the largest Islands in Fota with trees and climbing platforms. They will be joined soon by three females from Bristol Zoo and we hope to integrate them all into one breeding group. As Buddy was hand reared, she carries her teddy bear with her for comfort and our Rangers are working to develop a special bond with her to make her feel at home. She continued: “This is the first time we have kept this species here at Fota, indeed it’s a first for any zoo in Ireland and the captive population worldwide currently stands at only 76 individuals so we’re hoping to highlight the important work by wildlife parks and zoos in preventing this unique primate from becoming extinct.”
Fota Wildlife Park as part of an upcoming Virgin Media Television documentary series has been filmed carrying out several recent transfers including the Drills from Stuttgart, Red pandas to Longleat and Dharma the young Sumatran tiger who was born at Fota to Edinburgh Zoo. These moves are recommended transfers between zoos as part of the European Zoo Association co-operative breeding programmes.

Drills are among Africa’s most endangered mammals and are listed by the IUCN as the highest conservation priority of all African primates. Drills are found only in the wild in Cross River State, Nigeria; southwestern Cameroon; and on Bioko Island, Equatorial Guinea. Their entire world range is less than 40,000 km2, equivalent to half the size of the island of Ireland. Fota is actively involved in co-operative breeding programmes involving the transfer of animals between collections and it’s hoped that the new group of Drill will have offspring in the near future. Drills are rarely held in zoos and at present, a small captive population exists in Europe where 60 individuals are held in 13 collections and an estimated 16 individuals are held between four collections in North America.
Drills are highly active during the day and walk on all four limbs, on the flats of their hands and feet. While the omnivorous Drills are good climbers, they are more likely to be found on the forest floor, foraging for their food of choice. The biggest threat to their population is human activities such as farming and logging which have devastated the Drill habitat in the wild.